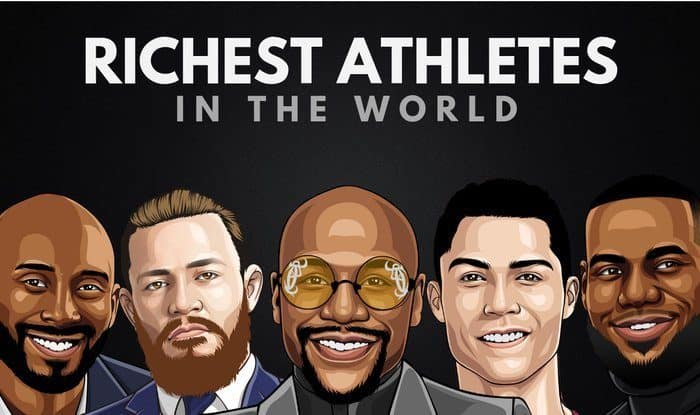 Two football superstars, Cristiano Ronaldo and Lionel Messi, are included in the list of the richest sportsmen in 2022. However, when it comes to wealth, Ronaldo is currently losing to Messi.

For world-class athletes, sport is not only a place to accomplish skills and achievements. It is also a channel to achieve wealth. Recently, Wealthygorilla.com released a list of the 30 richest sportsmen in the world in 2022. The list of the 2022 richest sportsmen was compiled from Forbes and Celebrity Net Worth. The list not only includes athletes who are currently still active, but also former athletes, some of whom are still in the world of sports.

The top position of the 30 richest sportsmen in 2022 is occupied by NBA basketball legend, Michael Jordan. Michael Jordan’s total wealth is currently estimated at US$2.2 billion. Jordan, who had a career in the NBA for 15 years, is now the owner of the Charlotte Hornets.

Apart from having a brilliant career, Jordan is also a person who is good at business. The man who is now 58 years old has become the main spokesperson for several well-known products such as McDonald’s, Gatorade, Coca-Cola, and also Nike. Jordan also has his own signature shoe, the Air Jordan. Michael Jordan’s biggest income comes from endorsement of world-class products where he is an advertisement star or ambassador, which reaches 40 million US dollars per year.

In the list of the 30 richest sportsmen in 2022, there are only three people who come from football, namely David Beckham, Cristiano Ronaldo, and Lionel Messi. Of the three names, Messi, who is now defending Paris Saint-Germain, is the richest person with assets reaching 600 million US dollars.

Meanwhile, David Beckham, who retired from professional football in 2013 was able to penetrate the list of the richest sportsmen in 2022 thanks to the business he runs. Victoria Adams’ husband is known to have a football academy called David Beckham Academy which was founded in 2005. In addition, Beckham is also the owner of the MLS club, Inter Miami CF, as well as being one of the shareholders of the fourth division club of the English League, Salford City.