5 FIFA New Rules Experiments: Each Half Round 30 Minute

5 FIFA New Rules Experiments: Each Half Round 30 Minute

Home » Fifa » 5 FIFA New Rules Experiments: Each Half Round 30 Minute 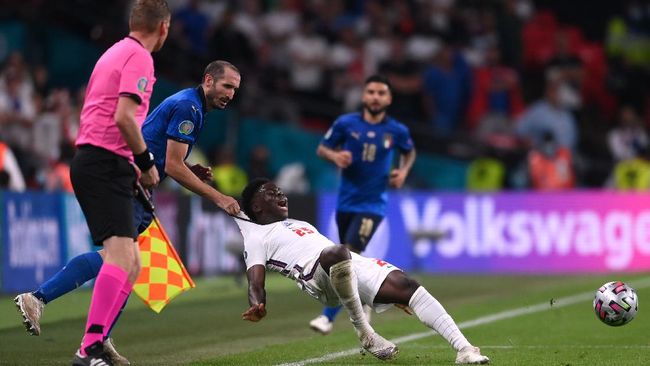 FIFA is experimenting with changing the rules of football. Here are the five tested rules.

In Mundo Deportivo’s report, quoted from Sport Bible, the U-19 teams from PSV Eindhoven, AZ Alkmaar, RB Leipzig and Club Brugge were involved in an experimental project of FIFA’s new rules.

This experiment is far from certain, but it has become a hot topic of discussion among football fans. Many protests circulating on social media as the idea of ​​​​this experiment by FIFA emerged.

Here are five new rules that FIFA is testing:

FIFA is trying to make one half of a football match to just 30 minutes. Thus, the duration of one match will only take one hour. If this rule is realized, it will be the most significant change in the history of football rules.

2. Time Stop When Ball Out

So far, 45 minutes of football time is ‘dirty’ time as the seconds go on when the ball goes out or a player is injured. Compensation for this is usually through additional minutes in injury time, which ranges from 1-5 minutes, or above five minutes if there are incidents that take a long time.

If so far there have been only three substitutions in football, it became five during the COVID-19 pandemic, in this experiment it is stated that there is no limit to substitutions.

With these conditions, clubs that have a capable team depth will benefit because they can play all quality players in their squad.

4. Throw In Replaced with Kick In

This change makes it possible for any out-of-the-ball situation to be more dangerous for the opposing team than a throw-in.

In the current football match, a yellow card is an initial punishment that can lead to a red card if the player commits a hard foul again.

In addition, the penalty for a yellow card is usually an accumulation of several matches. If the player has received several yellow cards, then he is prohibited from appearing in the next few matches.

However, in the new regulations, FIFA stipulates that players who are shown a yellow card must leave the field for five minutes. After five minutes have passed, then the player can return to the field.