5 Interesting Facts Ahead of Irene Sukandar vs GothamChess Duel

5 Interesting Facts Ahead of Irene Sukandar vs GothamChess Duel 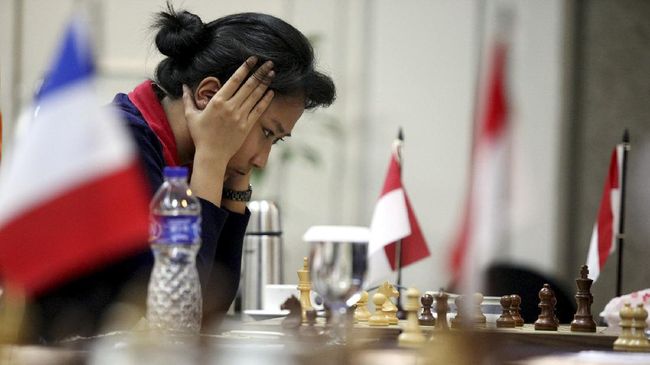 The duel of Irene Kharisma Sukandar vs GothamChess alias Levy Rozman in the blitz battle will take place on Wednesday (31/3) night at 22.00 WIB.

This match promises to be an interesting chess piece. This is because Irene and GothamChess both hold the title of International Master (IM).

The Irene vs GothamChess duel will also be different from the Irene vs Dewa Kipas match. In the match, Irene and GothamChess will compete with the blitz chess system.

That way, Irene and GothamChess are required to think quickly and correctly to be able to win this exhibition match.

Here are five facts ahead of the Irene vs GothamChess duel:

The online duel between Indonesian chess player Irene Kharisma Sukandar vs GothamChess is predicted to end in a draw.

The prediction was revealed by the Head of PB Percasi’s Performance Development and Improvement Division Kristianus Liem to CNNIndonesia.com.

“I think the results can be draw, because Irene and GothamChess have their own advantages,” said Kristianus by telephone.

Kristianus further explained that Irene is a person who is diligent and highly dedicated. Both when undergoing practice and theory of chess games.

Not only that, Irene, who has the title of Women Grand Master, also often takes lessons from being diligent in watching videos of world grand masters’ matches. That is one of Irene’s strengths as a chess player.

“Meanwhile, GothamChess’ strengths are being an online chess player which is a daily job. The habit of playing chess while commenting on matches is a common thing to do,” he explained.

Meanwhile, Irene, called Kristianus, has only been learning to play chess while talking for the past month. Therefore, Irene is not used to living the daily activities that GothamChess has been doing for a long time.

“For Irene to play chess while talking can make her focus disappear. If she talks while taking a step, her steps will blunder,” said Kristianus.