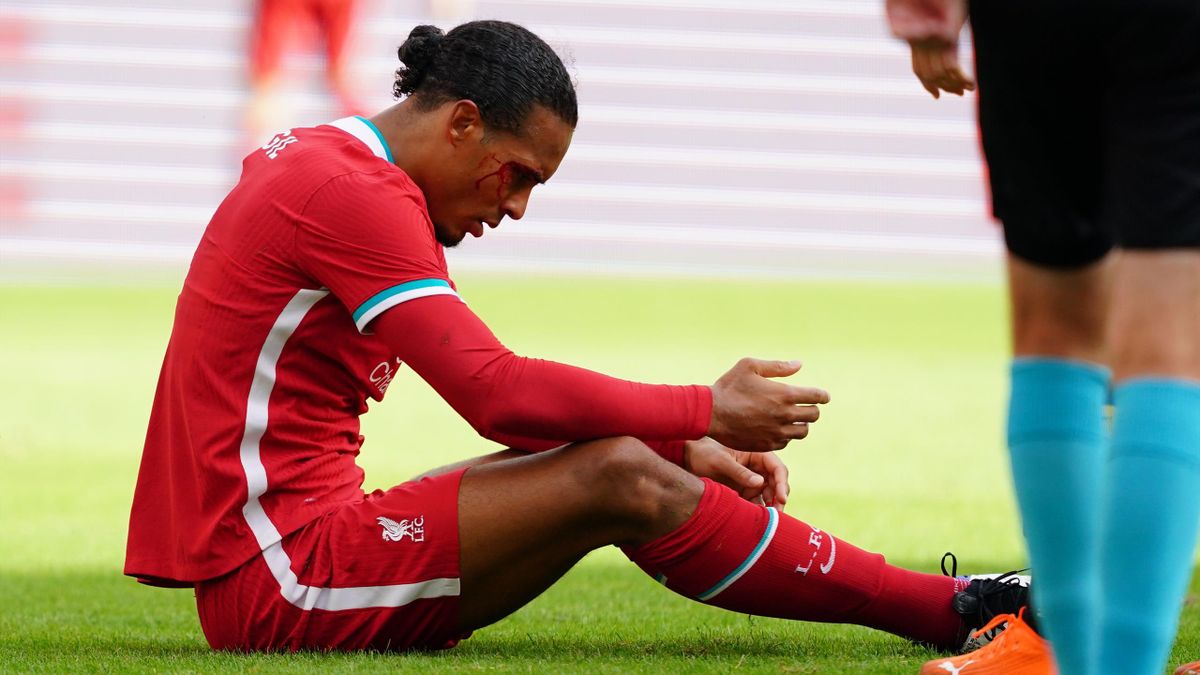 As experienced by Liverpool retainer, Virgil Van Dijk, ACL injuries have such a big impact on players and teams. Pickford, who violated Van Dijk at that time, immediately received insults and insults from a group of The Kops. Liverpool, which was predicted to break the hegemony of Manchester City at that time, had to fail again because of the absence of a tough defender guarding the back.

Injuries are a real risk for an athlete without exception. Many of them are unable to return to their former form after suffering an injury, and it is not uncommon for some to end their career as athletes. Various regulations have been implemented by the parent sports organizations concerned, such as in the sport of soccer which requires players to use a brace to protect the calf bone or fibula. The fibula itself is a bone that is prone to injury given the high intensity of friction with the lisfranc area or the midfoot area that covers the back of the foot.

However, among the various existing injuries, the deadliest scourge for the majority of athletes is the Anterior Cruciate Ligament injury or commonly known as the ACL injury. An ACL injury is an injury to the knee ligaments that prevents the shinbone from sliding forward. The ACL has a function as a stabilizer so that athletes who are lulled by ACL injuries will feel swelling and pain in the knee area. According to a survey from the American Academy of Orthopedic Surgeons, women have a higher level of vulnerability than men. This is evidenced by the fact that women have a tendency of two to ten times to experience these injuries than male athletes.

Soccer players themselves with relatively high friction and impact intensity between the legs, have a higher chance of ACL injury than other sports. In addition, the high intensity of sudden movements that force the knees to maintain balance suddenly also affects this. Moreover, currently there is a field with synthetic grass which is considered to have cheaper maintenance costs, in fact it is also a contributing factor to the occurrence of ACL injuries. Synthetic grass has a smoother texture and contour than ordinary grass.

The ACL doesn’t just attack the knee of a soccer player, ACL injuries affect almost the entire career of a soccer player. Like a machine that has been damaged, the machine will never work optimally again. The performance of players who have experienced an ACL injury will also experience something like that, they will never reach the 100% level again, some will drop a little, some may experience a drastic decline that forces them to quit the world of sport as an athlete.

Players with ACL injuries will experience continuous pain around the knee. Of course, this is a condition that makes it impossible to continue to carry out activities as an athlete. The high intensity of movement that forces the knee to continue to be a stabilizer, while the area has been damaged will make the body feel unbalanced which leads to easy fall of the injured person. An ACL injury will tear the joint, which will lead to swelling of the knee.

ACL injuries do not result from a collision or other physical contact. ACL injuries occur because of the high intensity of human physical movement. So, we can interpret that ACL injury occurs due to wrong body movements that occur in the human body. In the healing process, non-operative therapy such as the use of a knee brace is considered less than optimal. Operative therapy itself is carried out if there is a failure in non-operative measures which are characterized by complaints of persistent knee instability. Operative healing therapy is also performed if the ACL tear reaches the third degree or completes rupture.

Even though the operative therapy went perfectly, it was not able to restore the athlete’s performance after an injury. After surgery, players will walk using assistive devices in the form of a wheelchair or cane for approximately 2 – 3 months. Only then will the player undergo therapy to strengthen and stabilize the knee position. Only then 6 months after surgery, players can walk normally, and even then is the fastest assumption.

Players of the caliber of Radamel Falcao who underwent a peak season while defending Atletico Madrid himself could not even escape the shadows of the ACL. Starting when he was still defending the Argentine club, River Plate, it seems that Falcao’s ACL injury can still be signed. It was only when he entered the AS Monaco mega-project that Falcao’s ACL relapsed again which was the turning point of his career decline. Falcao during his time at Atletico Madrid himself was once El Pichici or top scorer, undermined the rivalry hegemony of Cristiano Ronaldo and Lionel Messi at that time. The same thing happened to the most phenomenal one season wonder, Michu. Michu, who at that time shocked the English league, apparently had to have a short career because of the knee injury he suffered. In fact, Michu himself decided to hang up his boots at the age of 31, which is quite young for a soccer player. Michu decided to retire after he had to go back and forth undergoing treatment on the operating table and his performance decreased significantly.An ACL injury is the fruit of a misfortune for players who suffer from it. Worry is the thought that occurs to the player: will he recover and be able to maintain his performance or will he have to experience a significant decline and end his career. ACL injuries are a real ghost, and a player’s career is a guarantee that’s at stake.