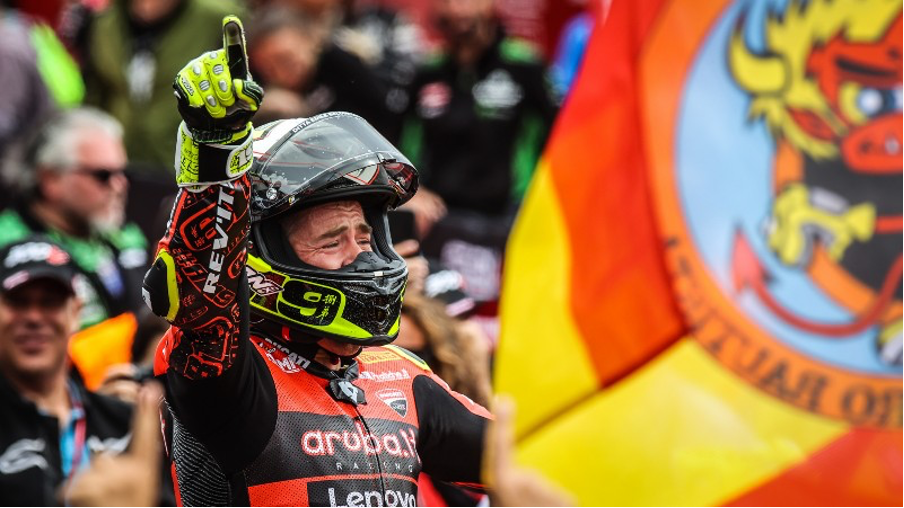 WorldSBK rider Alvaro Bautista  and Ducati have reached an agreement to extend the Spanish rider’s contract period by one more season until 2023.

Regarding this new agreement, the 37-year-old rider expressed his joy to stay with Ducati for another season.

“I am very happy to be able to continue at least one more year with the Aruba Ducati team, which represents a family to me,” Bautista said.

“I have always felt good with this team and since I have returned, the feelings have been even more positive than in the 2019 season. When something works so well, we can only keep working, looking ahead.” he added.

The Spaniard, who currently leads the 2022 MOTUL FIM World Superbike Championship by 36 points over Kawasaki Racing Team rider Jonathan Rea, has been in great shape since joining back Ducati this season, with six wins and 12 podiums in 12 races.

“I feel I am still at the top, I feel I can still give a lot. Physically and mentally I think this is the best time of my career.” Bautista said.

“I am also delighted to continue working with Ducati, a very important factory, tech-oriented, always looking for development: to be part of this project, of this team is something incredible on a personal level.” Bautista added.

Bautista went from the Ducati Panigale V4 R to the Honda CBR1000RR-R SP in 2020 and 2021, in the head of Team HRC’s new commitment, despite his 16 wins, 24 podium finishes, and second-place finish in the championship.

The former MotoGP rider returned to Ducati for 2022 after two seasons, three podium finishes, but no wins.

“I have always believed in Alvaro from a sporting point of view, and we have always had a very good personal relationship, even when our paths temporarily went their separate ways.” Ducati WorldSBK boss Stefano Cecconi said.

“When we decided to bet on him again last summer, some called it a very risky bet, but both parties were convinced that we were making the right choice: the results obtained so far confirm our decision and we make them happy.” he added.