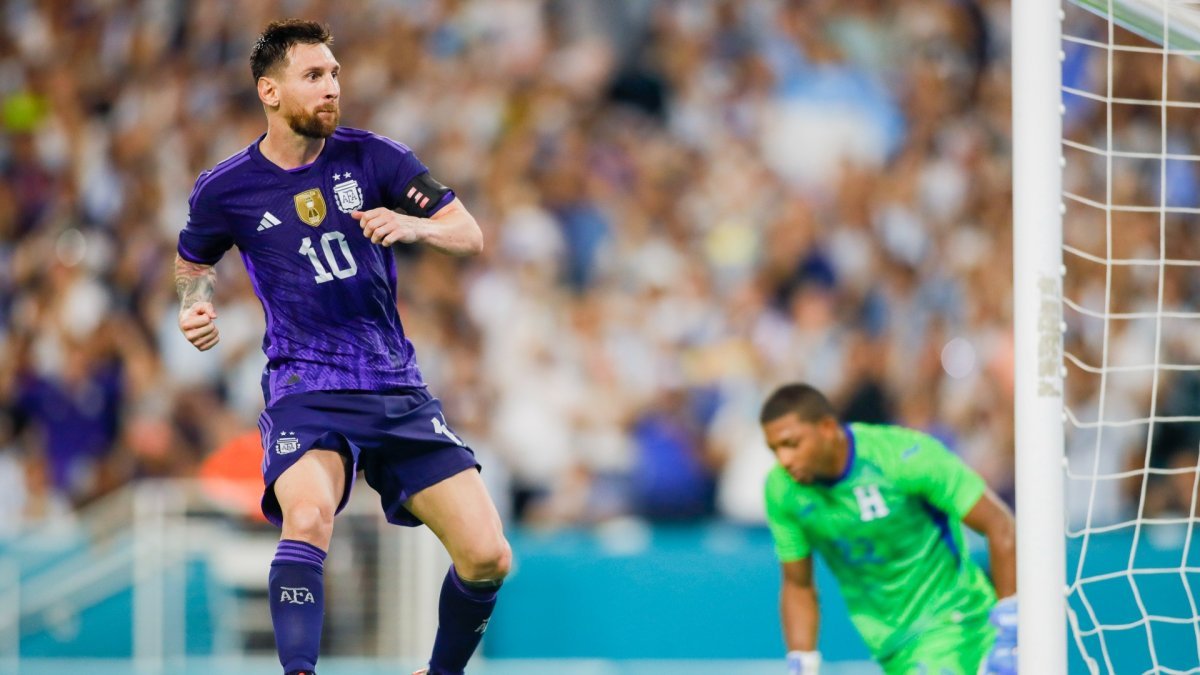 However, this record can be a reference for assessing and realizing the current strength of the Argentina national team. Argentina should be wary. Argentina can say a lot in the tournament which is held every 4 years. A total of 34 unbeaten is an achievement that cannot be underestimated. The Argentina national team under the control of a young coach, Lionel Scaroni has found the right formula in managing the players to appear solid and at the same time effective on the front lines.

The record also confirms Argentina’s readiness for the 2022 World Cup which will take place in November-December 2022. Behind that record, Argentina is of course still shaded by the euphoria of their success in winning the Copa America in July 2021 when Argentina beat Brazil 1-0 and the Finalissima tournament, where Argentina beat European champions, the Italian national team (3-0) (2/6 /22) at Wembley Stadium, England.

Furthermore, it is no exaggeration to say that Argentina is one of the teams that is ready to face the upcoming World Cup tournament. Scaroni did not really change the composition of his squad. Only a few names may be added such as a young sticker, Alvarez who plays for Manchester City.

The rest, Scaroni still trusts the old squad, who already know each other and already know Scaroni’s tactics. Superstar Lionel Messi will remain the spirit of Argentina’s game at the World Cup.

The player who scored 2 goals against Honduras and continues to extend his goalscoring record, 88 goals from 163 matches will become Argentina’s main backbone in the 2022 World Cup. Messi’s role in the Argentina national team during Scrloni’s care was helped because he had team-mates who performed like that. solid, play effectively, and provide space for him to be creative.

Messi is not so worried about the back line because the performance of Argentina’s back line is solid in South America. The 2022 World Cup could be the last chance for the 35-year-old. The achievement of the 2022 World Cup can be a great legitimacy for Messi to further strengthen his status as a player who is often dubbed The Goat of football.

Of course, it’s not easy. Argentina competes with formidable European national teams, including players Messi has often faced in Europe. They certainly already know Messi, and how to turn off the movement of this player in Paris Saint Germain (PSG) uniform.

This season, Messi got a new role at PSG. More playing behind the two strikers between Kylian Mbappe and Neymar Jr. Thus, Messi plays a more free role as a supplier and attack regulator than as a scorer and battering ram against the opponent’s defense. This role is so effective because Neymar and Mbappe have the quality to break down the opponent’s defense. They were even more spoiled by Messi’s measured passes.

Also, it’s in the team’s favor as Messi’s moves pull defenders out of defence. In addition, Messi also has the advantage of rarely having direct physical contact with opposing defenders. Of course, this tactic is difficult to play in the Argentina national team because of the available squad situation. However, it seems that the Argentina coach is trying to adjust Messi’s position according to the team formation.

For example, against Honduras, Messi is placed on the right side of the 3 striker scheme. In contrast, when playing against Italy in Finalissima at Wembley stadium a few months ago, Messi played a role, behind lone striker L. Martinez. Although Messi’s position changes in each formation, his role for the team seems to have not been eroded. The Argentina players seemed to be instructed to make Messi as the team’s attack regulator. That position is also advantageous

Other players because the concentration of the opposing defender was also disturbed by Messi’s penetration. Under the control of Scarlet, Messi several times became man of the match. That is, Scrloni knows well how to take advantage of the qualities of a Messi for the benefit of the team. His breaking power has not decreased, and his impact on the team continues to increase.

Messi will be Argentina’s big hope at the Qatar World Cup. Of course, Messi’s luck in the Copa America, which incidentally became the tournament’s best player, was infected again in the upcoming World Cup. To achieve that goal, Argentina is hopeful that the former Barcelona star will not face injury before the World Cup. The injury factor will be a serious challenge as well as can hinder his steps to play well during the World Cup.

The Argentina national team is currently in the best condition for the upcoming world cup. Lionel Scaroni may already have a formula to maintain his status as an undefeated team to use Messi to become the backbone of Argentina to the stage of winning the 2022 World Cup.