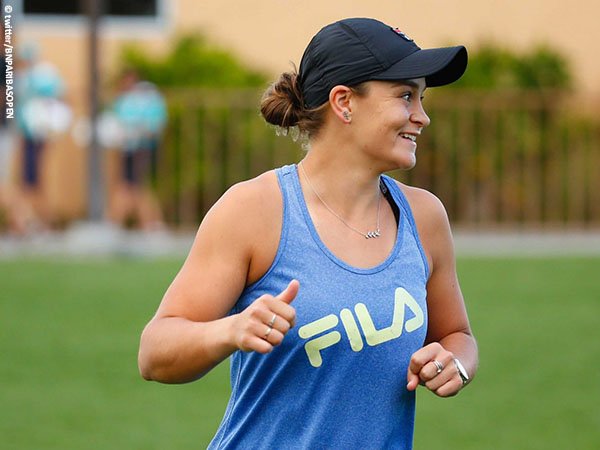 Ashleigh Barty The world number 1 is reflecting on the 2021 season as he prepares for the next season and the tough pre-season schedule ahead of him.

The 2021 season will be another successful season for the Australian, who ended the season as world number 1 for the third year in a row. This season, she also claimed a second Grand Slam title of her career at Wimbledon and won a bronze medal at the Tokyo Olympics in mixed doubles and claimed other titles at Melbourne (Yarra Valley Classic), Miami, Stuttgart and Cincinnati.

As a result of her hard work, the Australian tennis player won the Queensland Athlete of the Year award. To Tennis Australia, he talked about winning the award and pre-season preparations.

“It’s an honor to win the Ashley Cooper Medal,” said Ashleigh Barty, who beat Karolina Pliskova in the 2021 Wimbledon final.

“I’m a proud Queensland athlete so being recognized by my state is always special. It’s really nice to spend time at home after such a long season.”

“I felt well rested until pre-season training started a few weeks ago. I have been training every day, but still spend quality time with family and friends. I’m working hard on and off the pitch, doing everything possible to be ready for January. The first few weeks of pre-season are always physically tough.”

Accomplishing so much this season, the Australian will definitely be proud of the 2021 season he has gone through as he is determined to win more Grand Slam titles in the competitive 2022 season.

Regardless of his status, the world number 1 always tries to show his positive qualities and looks forward to competing well in the coming seasons.

“I am proud that I was able to finish the season ranked 1st in the world, especially after such a challenging and unpredictable season,” added Barty.

“Being away from home for such a long period of time was really tough not only for me, but for my whole team. Everyone sacrificed which I am very grateful for. We entered the 2021 season knowing it was going to be an adventure and as it is, I don’t want to replace it.”

“Being world number 1 is something I’m proud of, but my ranking doesn’t change me. I try and be a good individual and do the right thing, regardless of ranking next to my name.”