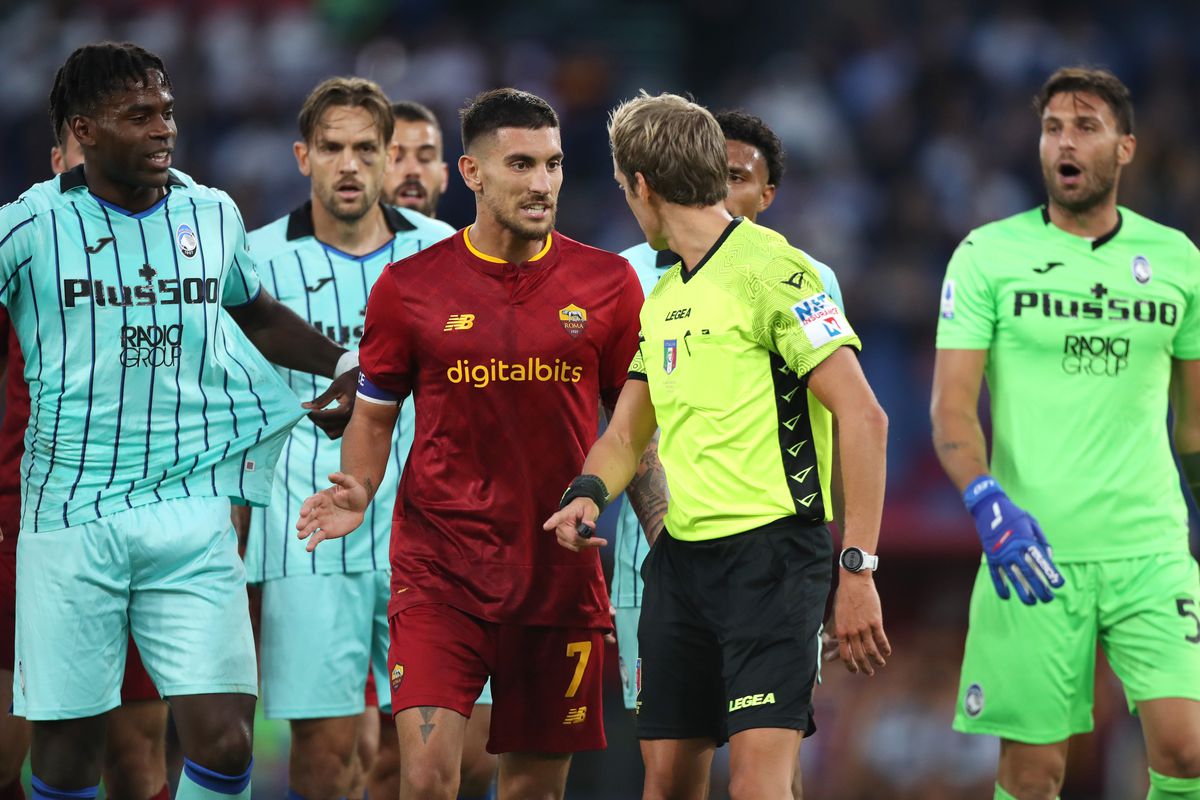 AS Roma had to swallow the bitter pill when they served Atalanta in the 7th week of the Italian League.

In that match, the Roma Wolves gave up with a narrow score of 0-1 over Atalanta.

The match did not go according to Roma’s expectations. The game was not optimal from the start, Paulo Dybala was not included in the squad due to injury.

The coach, Jose Mourinho was punished with a red card in the middle of the second half.

Atalanta’s only goal was scored by Giorgio Scalvini in the 35th minute.

AS Roma continued to fight back after that, but Atalanta kept a neat defense for 90 minutes.

This result means that Roma failed to maximize the defeat of rival teams.

Atalanta, on the other hand, shot to the top of the standings with 17.

AS Roma tried to control the ball, but Atalanta applied a high-pressure line with high aggressiveness.

The buying and selling of attacks heats up in the first 30 minutes.

AS Roma get more shooting opportunities, but not many that really test the strength of the opposing team.

In the 35th minute, Atalanta scored a surprise goal. A quick counter-attack, Hojlund’s pass was met by Scalvini with a hard shot from outside the penalty box.

Missing forced Roma to increase the intensity, but their attacks were too easily broken.

No creativity, the score 0-0 lasted until the end of the first 45 minutes.

Mourinho tried to respond with a number of changes to Roma in the second half, but no the situation was still exactly the same.

Disaster for Rome, Mourinho was punished with a direct red card in the 57th minute.

Roma continued to lock Atalanta, but there were no significant changes until the 80th minute.

Entering the final 10 minutes, the onslaught of Rome is not dangerous enough.

An extra 5 minutes is not enough to change the scoreboard.

The referee also blew the long whistle, the score was 1-0 for Atalanta’s victory.

AS Roma coach Jose Mourinho did not want to find a scapegoat for his defeat. “The squad is at its best. We were really lucky to play against 10 men in Thursday’s game, because it requires less intensity, pressure and running,” Mourinho told DAZN.

“Some played for 90 minutes against HJK, some barely played at all. It’s always difficult against Atalanta, they are very good at playing their game and making it difficult for the opponent,” said the coach who was successful with FC Porto, Chelsea and Inter Milan.

Although he did not want to find excuses, Mourinho highlighted the absence of a number of players against Atalanta due to injury. Paulo Dybala withdrew in the warm-up with a left flexor problem in his thigh. That saw Nemanja Matic drop into the first eleven line-up and propel Lorenzo Pellegrini into a more advanced role.