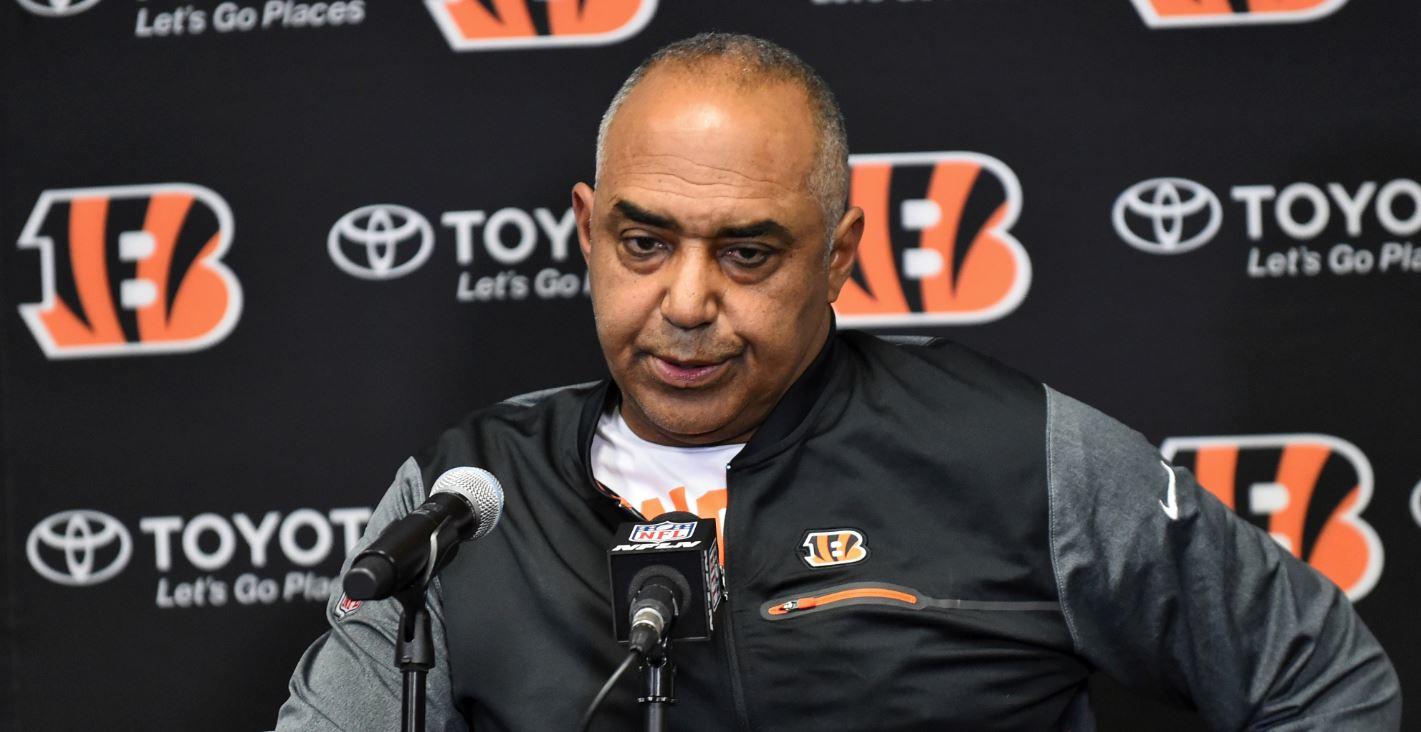 The Bengals fired coach Marvin Lewis on Monday, ending a 16-year stay in Cincinnati that included seven playoff appearances without so much as one win.

The move ends the second-longest head coaching tenure in the league. New England’s Bill Belichick is wrapping up his 19th season with another postseason berth. He’s won five Super Bowls and made eight appearances in the title game, both NFL records.

Lewis leaves Cincinnati with an 0-7 mark in the postseason that is the worst in NFL history. The Bengals haven’t won a playoff game since the 1990 season, tied with Washington for the fifth-longest futility in league history.

A third straight losing season punctuated by plummeting attendance prompted change-resistant Mike Brown to finally cut ties with Lewis, whose loyalty and close working relationship with the owner brought him repeated contract extensions even as the playoff losses piled up.

The Bengals (6-10) lost in Pittsburgh 16-13 on Sunday and finished last in the AFC North for only the second time under Lewis. Attendance at Paul Brown Stadium has fallen to the second lowest in the league, ahead of only the Chargers, who are playing in a small, temporary stadium.

The surprise wasn’t that he was fired, but that he lasted so long.

Lewis was a rare hire from outside the organization when Brown brought him aboard in 2003, three years after he helped Baltimore win a Super Bowl with a record-setting defense. The Bengals set club records for defensive futility this season, with Lewis taking over the job as coordinator at midseason when Teryl Austin was fired. The defense improved, though not enough to make a difference as the Bengals squandered a 4-1 start with nine losses in the last 11 games.

The Bengals brought back Hue Jackson as a special assistant after the Browns fired him during the season. Jackson is close to Lewis and has spent three stints on his staff with the owner’s approval. Given Jackson’s failure in Cleveland — three wins in two-plus seasons — fans would see his elevation to head coach as more of the same.

Lewis readily acknowledged he wouldn’t have lasted so long anywhere else; the owner’s legendary loyalty provided second, third, and ultimately a 16th chance in a what-have-you-done-this-year league. He leaves as the franchise’s leader in coaching tenure, wins and losses with a record of 131-129-3.

Lewis had a glittery arrival in Cincinnati — he wore his diamond-encrusted Ravens Super Bowl ring to his introductory news conference — and quickly turned the Bengals into a competitive team and then a playoff team after years of languishing as a laughingstock.

He couldn’t win a playoff game, though.

The Bengals made a club-record five straight playoff appearances from 2011-15, but lost in the first round every time, setting another NFL record for ineffectuality. His best chance was frittered away by two players who were brought to Cincinnati in spite of their history of outbursts.

Leading the Steelers in the closing minutes in the 2015 playoffs at Paul Brown Stadium, Lewis’ team unraveled. Jeremy Hill’s fumble gave the Steelers one last chance, and Vontaze Burfict and Adam “Pacman” Jones got 15-yard penalties that set up the Steelers’ field goal with 14 seconds left for an 18-16 win.

It was one of the worst meltdowns in NFL playoff history. Even then, Lewis got more chances. His team never recovered, The Bengals’ stretch of three straight losing seasons is the longest under his tenure, prompting Brown to finally cut ties.