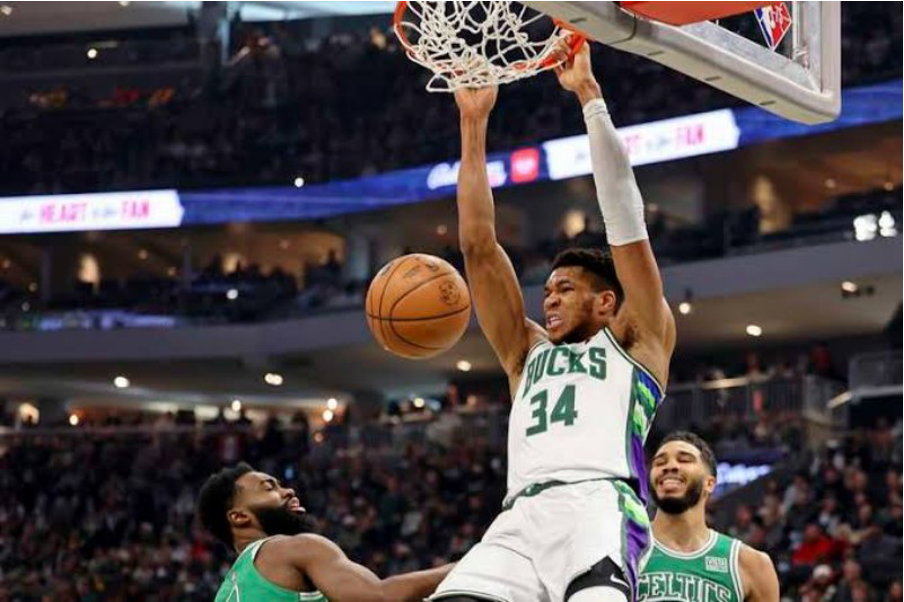 The Milwaukee Bucks on Saturday afternoon defeated the Boston Celtics in Game 3, which ended in a crazy finish.

After overturning a 13-point deficit early in the fourth quarter – and even holding a lead in the final period – the Celtics were stopped late in the game, losing 103-101.

Giannis Antetokounmpo’s shape was difficult for Boston to defend on Saturday, as he made 42 points, including the game-winning shot with 44.3 seconds remaining.

Antetokounmpo was aggressive, driving into the Boston paint and frequently making contract with Celtics defender.

Celtics head coach Ime Udoka, on the other hand, criticised the fact that many of those plays did not result in offensive fouls.

After Antetokunpo gave Milwaukee a 101-100 lead, Boston missed a shot and Bucks responded with a Jrue Holiday pullover that gave Bucks a three-point advantage with 11.2 seconds remaining in the game.

Boston guard Marcus Smart was then fouled by Holiday just as Smart had just put his foot down and appeared to be moving to make a three-point.

The referees determined the foul was on the ground and, before taking the shot, gave Smart two free throws as the Celtics were rewarded.

Smart made the first attempt to cut the deficit to two points, then missed the second. A wild streak followed when Smart had his own rebound and attempted a return which landed short.

“You need three [points] with 4.6 seconds, they know we need three. We know they are gonna foul.” Smart said.

“It’s not like he got me when it was down low. I was already in my shooting motion. I thought it was gonna be three free throws; they said it wasn’t.” Smart added.