Canelo Alvarez Feels Confident That He Will Beat Caleb Plant

Canelo Alvarez Feels Confident That He Will Beat Caleb Plant 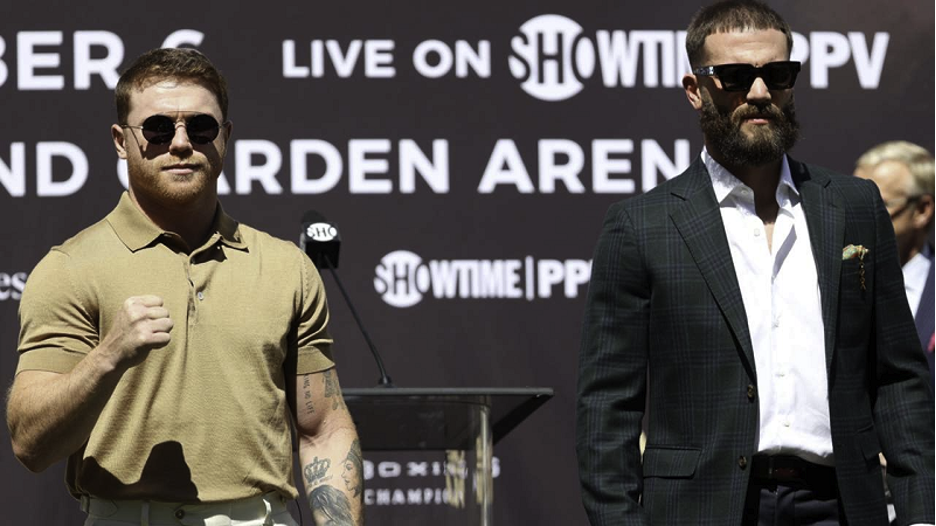 Saul “Canelo” Alvarez will look to get one step closer to becoming the first undisputed super middleweight champion in the four-belt era when he challenges IBF titleholder Caleb Plant on November 6, at MGM Grand in Las Vegas, Nevada.

Canelo lately has just sent a new threat to Plant since he could be seen somewhat confident after commenting that Plant will not finish the fight .

The Mexican icon admiited he is one of the best boxers in the history of the sport and he’s deserving of being such a big favourite.

“I have more confidence, more experience. I am a more mature boxer. I’m going to win, he’s not going to finish the 12 rounds, so a lot of things.” Canelo said.

“I keep training in the gym and I keep practicing and doing my best. Because I love boxing, that’s the only answer I have.” he added.

When asked if he would carry out the trilogy with Gennady Golovkin, Canelo said he will be reay anytime to take the fight.

Canelo and Plant already came to blows at a press conference last month which saw the American leave with cut under his right eye.

Plant’s latest fight came against Caleb Truax, in which he managed to outbox his opponent and win via the judges’ scorecard after the 12 scheduled rounds of boxing had come to an end.

This is not the first time Plant has been a betting underdog heading into a fight despite owning a perfect 22-0 record and having been the IBF super middleweight champion since January 2019.