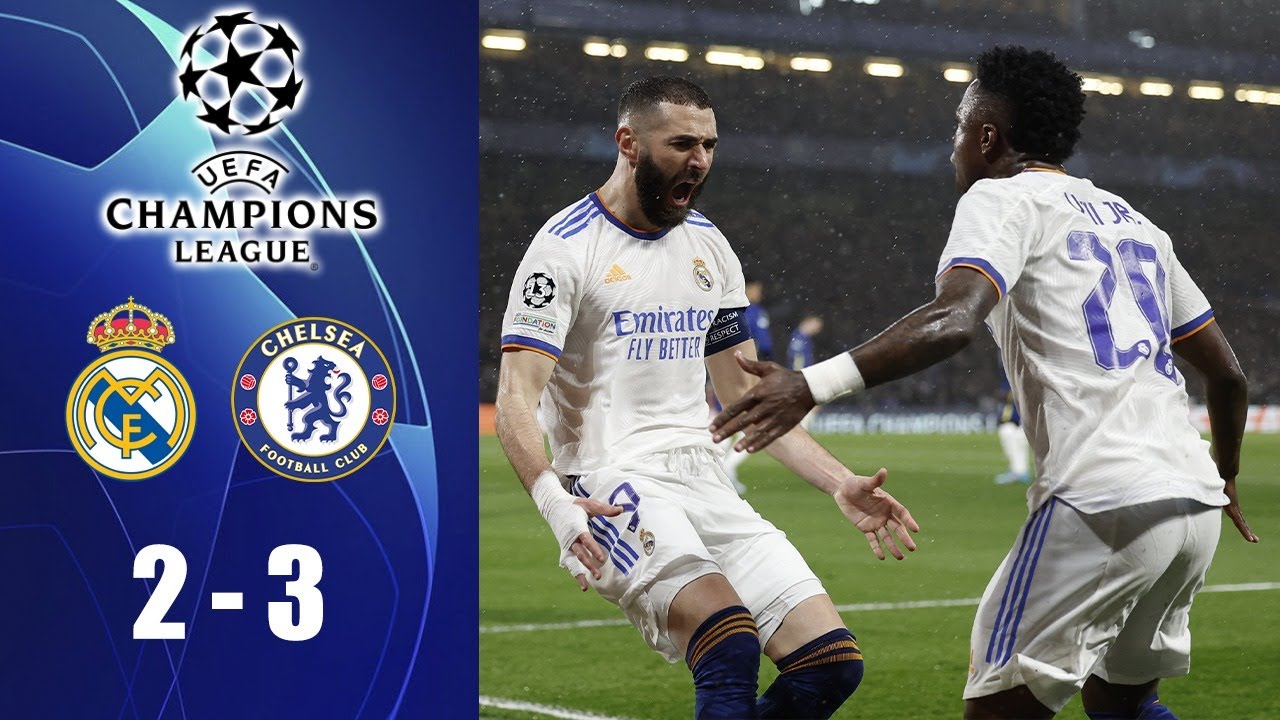 Spanish giants Real Madrid managed to reach the semifinals of the Champions League this season after being involved in a dramatic match against Chelsea.

Real Madrid vs Chelsea match is presented in the second leg of the last 8 of the Champions League. In the first leg, Real Madrid won 3-1 at Stamford Bridge.

Even though Madrid lost 2-3 to Chelsea in the second leg of the quarter-finals, Tuesday (12/4/2022), Los Blancos are certain to advance to the semifinals after winning 5-4 on aggregate.

The second leg match at the Santiago Bernabeu was fierce. Chelsea are three goals ahead through Mason Mount (15′), Antonio Rudiger (51′) and Timo Werner (75′).

Madrid was under pressure until finally being able to force extra time through Rodrygo’s goal (80′). Furthermore, Karim Benzema scored the decisive goal in extra time (96′).

This dramatic result led Real Madrid to the semifinals. Chelsea came home with a languid bow.

The match started straight away at a high tempo. Chelsea tried to apply a high pressure line. Madrid looked a little difficult in the first 10 minutes.

The 15th minute, Chelsea scored a surprise goal. Werner’s short pass was met by Mount who ran unmarked into the penalty box before sending the ball into the bottom right corner. Score 1-0 to Chelsea’s advantage.

This goal makes Chelsea more confident. Until the 25th minute, Madrid was difficult to develop attacks because of Chelsea’s pressure. Vinicius lost the ball too easily.

Until the 35th minute, Chelsea seemed to have more control of the ball. Benzema doesn’t get much ball supply. Madrid attack stalled.

No additional goals until the end of the first 45 minutes. The 0-1 score took the players to the locker room.

51 minutes, Chelsea found the second goal. The scheme of the corner kick from the right side. Rudiger escaped Modric’s control to head the ball into Courtois’ goal.

In the 62nd minute, Chelsea scored the third goal through Marcos Alonso. The Blues were already celebrating, but VAR intervened and disallowed the goal because of Alonso’s handball.

Madrid is still trying to find the right rhythm of the game. In the 65th minute, Benzema’s header still hit the post. Madrid’s defense looked topsy-turvy.

The 75th minute, Chelsea scored the third goal. This time Kovacic’s cross was received by an unmarked Werner on the left. The German striker then beat the Madrid defender to send the ball into the bottom right corner.

The 80th minute, Madrid finally scored a reply. Modric’s cross from the left landed perfectly for Rodrygo who just pushed the ball.

The score 3-1 for Chelsea’s advantage over Madrid did not change until the second half ended. This score makes the match must proceed to the extra time round.

In the extra time, the Madrid vs Chelsea match continued to be fierce. However, it was Madrid who were more effective in taking advantage of the opportunity to be a team that could score goals. Madrid broke into the Chelsea goal through Benzema’s header after receiving Vinicius Junior’s gouged pass and changed the score to 2-3 in the 96th minute.

The score 3-2 for Chelsea’s victory lasted until the end of extra time. Despite the defeat, Madrid still qualified for the semifinals due to a 5-4 aggregate lead over the North London team.