Chelsea draw vs Tottenham, the two coaches bicker with each other

Chelsea draw vs Tottenham, the two coaches bicker with each other

Home » Premier League » Chelsea draw vs Tottenham, the two coaches bicker with each other 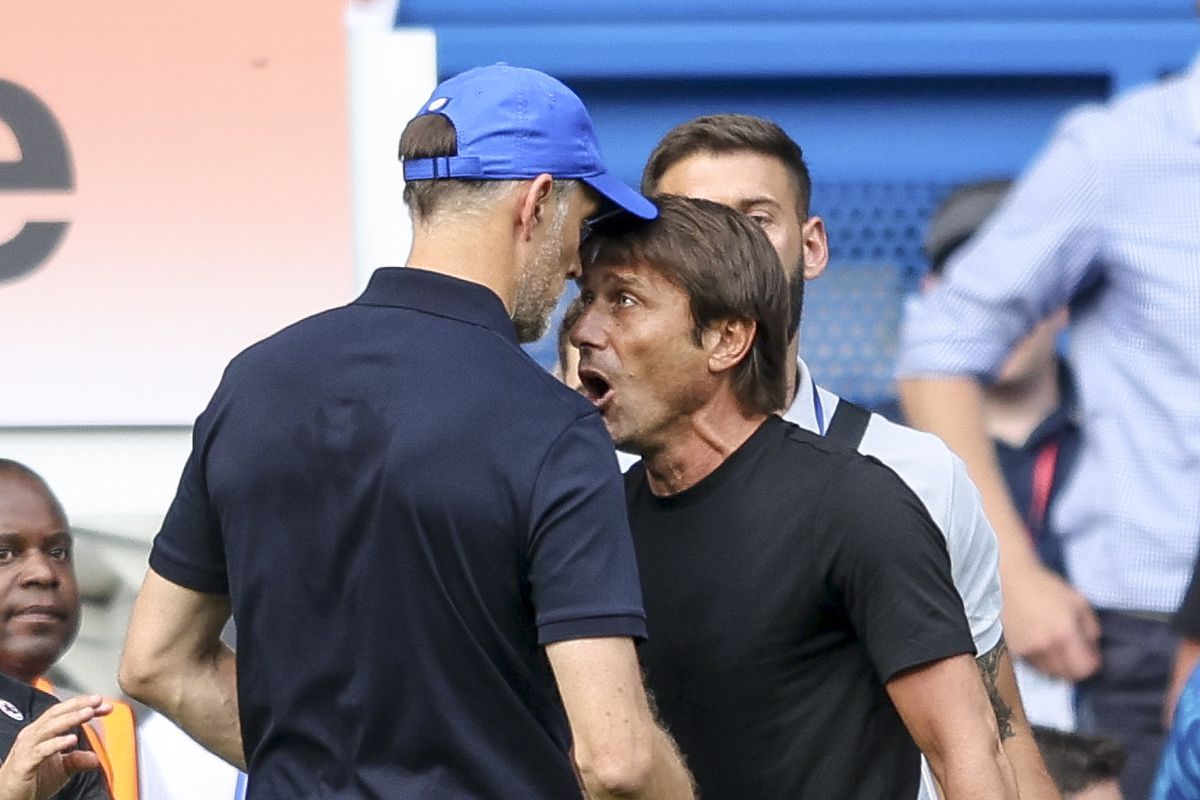 The continuation of the second week of the English Premier League brought together a fierce duel of two clubs from London, namely Chelsea vs. Tottenham Hotspur.

Since the beginning of the match, the Chelsea vs Tottenham Hotspur match was hot.

In fact, unpleasant events had colored the results of the English Premier League in this match.

Statistically, Chelsea as the host is superior in terms of ball possession and creating opportunities.

Chelsea recorded 67 percent possession of the ball, while Tottenham controlled the remaining 33 percent.

The squad nicknamed the Blues also managed to record 16 shots with 3 on target.

While Tottenham made 6 chances with 3 shots that were also on target.

Despite winning opportunities, Chelsea in the end had to accept the fact of sharing points with Tottenham.

Chelsea initially managed to open the scoring first through Kalidou Koulibaly in the 19th minute’.

The 1-0 advantage lasted until the end of the first half, but everything changed when the game entered the second half.

Tottenham managed to equalize through Pierre-Emile Hojbjerg’s goal in the 68th minute’.

Not long after, Tuchel, who is Chelsea’s coach, immediately approached Conte.

The Blues coach seemed to bang his body on Conte.

The two coaches were then involved in a commotion which was then separated by the referee and staff of both clubs.

Tuchel was seen pointing at the Tottenham coach with emotion even though he had been separated.

In the next few minutes, Tuchel even seemed to reply to Conte’s actions by celebrating against the Tottenham bench as his team took the lead again through Reece James’ goal in the 77th minute’.

Even so, in the end Tottenham managed to hold Chelsea to a draw.

Striker Harry Kane helped his side equalize in injury time with a header from a corner.

Uniquely, after the draw, Tuchel and Conte’s commotion was still not over.

After the match ended, Thomas Tuchel did shake hands with Conte.

But the Chelsea coach gripped Conte’s hand and refused to let go.

The two coaches even got into a head-to-head fight and had to be separated again by the coaching staff.

The referee in the match even approached them and gave a red card due to the incident.

Despite all the chaos that colored the match, this draw was less favorable for both clubs.

Chelsea and Spurs are now both behind Manchester City and Arsenal who occupy the first and second positions in the standings with 6 points.

Tottenham are now in fourth place with a collection of 4 points, while Chelsea are seventh in the Premier League standings with the same points.

Chelsea only lost the lead in terms of goal collection with several English teams above it.