Chen Long Can Be Greater Than Lin Dan in the Olympics

Chen Long Can Be Greater Than Lin Dan in the Olympics 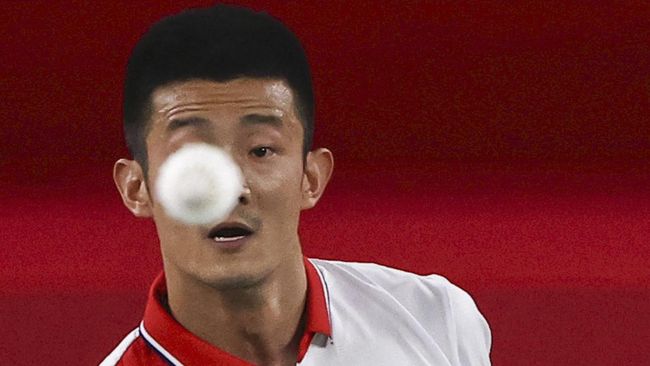 Lin Dan is currently the greatest men’s singles in Olympic history with a record two golds. However, this record is in danger of being surpassed by Chen Long, who has been considered under Lin Dan’s shadow.

Chen Long has managed to set foot into the final round of the men’s singles badminton at the Tokyo 2020 Olympics. In the final, Chen Long will face Denmark’s Viktor Axelsen.

If he was able to beat Axelsen, it would mean Chen Long won the second Olympic gold medal in his career. This ensured Chen Long displaced Lin Dan from the greatest men’s singles spot in Olympic history.

The reason is, currently Chen Long has a collection of 1 gold at the Rio de Janeiro Olympics and 1 bronze at the London 2012 Olympics. With the addition of gold from the Tokyo Olympics, Chen Long will win one bronze over Lin Dan.

Chen Long’s success in reaching the final of the Tokyo 2020 Olympics itself is quite surprising. Since becoming the 2016 Olympic champion, Chen Long’s game is considered to have decreased.

Chen Long no longer regularly dominates the BWF tournament series and has lost to younger players such as Axelsen, Kento Momota, and Chou Tien Chen.

But Chen Long can prove that he has a winning mentality and high flying hours in important moments like the Olympics.

Not on the list of favorites, Chen Long can qualify for the Olympic final by defeating Chou Tien Chen who is the second seed and Anthony Ginting who is the fifth seed.

Now it’s Axelsen’s turn, the fourth seed, who he has to face in the final round. From the meeting record, Chen Long has a landslide advantage over Axelsen 14-5, including victory in the semifinals of the 2016 Olympics.

This could be a capital for Chen Long to be more confident in looking at the Olympic final match this time.

Chen Long has always reached the Olympic semifinals since the London 2012 edition until then continued to Rio 2016 and Tokyo 2020. At the 2012 London Olympics, Chen Long managed to bring home the bronze medal. Furthermore, in Rio 2016, Chen Long made a better achievement by winning a gold medal.

Chen Long’s achievement of being able to penetrate the Olympic semifinals in three consecutive editions is quite rare. Because, before Chen Long, there were only two men’s singles players who were able to carve a similar record, namely Lin Dan (China) and Lee Chong Wei (Malaysia). This rare record can be a capital for Chen Long’s confidence as the defending champion.