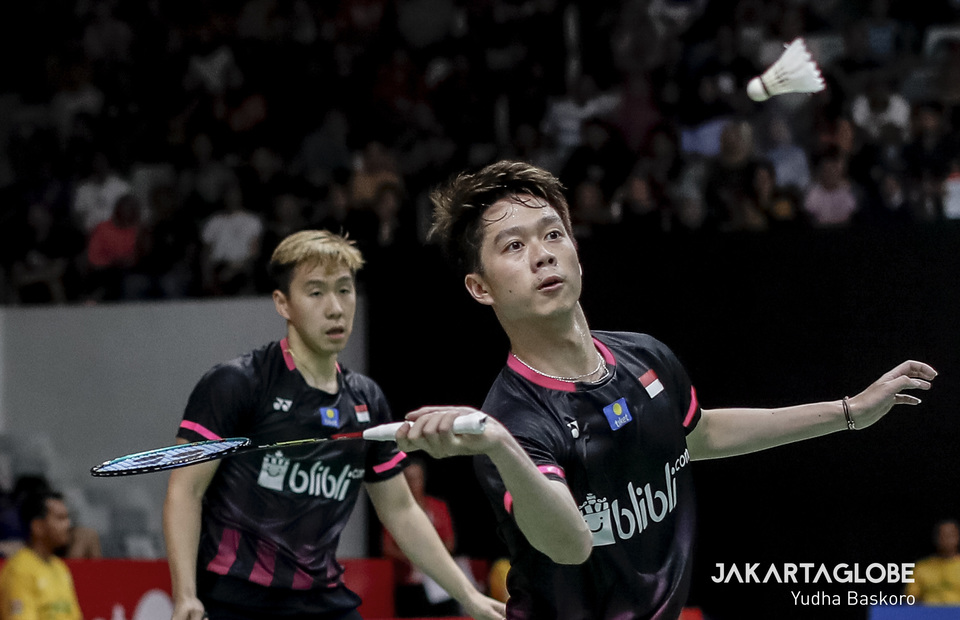 The entire Indonesian badminton team, including players and team officials, was forced to withdraw from All England 2021. Indonesia departed for Birmingham, England, using a Turkish Airlines plane on Friday (12/3/2021), armed with negative PCR swab test results.

On arrival in Birmingham, Anthony Ginting et al again underwent a PCR swab test and were required to quarantine for 12 hours until the test results came out. After waiting 12 hours, the squad tested negative for Covid-19. They then held training at the fitness center at the Crowne Plaza Birmingham City Center on Monday (15/3/2021).

However, All England participants, including the Indonesian badminton team, still have to wait for certainty when the Super 1,000 level tournament will start. This is because the Badminton World Federation (BWF) postponed the All England 2021 match schedule due to doubts about a number of Covid-19 test results. This situation then made the organizers retest All England participants, both athletes and team officials, whose test results were in doubt.

“The Badminton World Federation (BWF) and Badminton England confirm that a number of Covid-19 tests conducted on the teams participating in the All England 2021 are deemed ‘inconclusive’ so retests will be carried out. BWF has also confirmed that a small number of positive tests have been found, and in accordance with the agreement with Public Health England, these cases will be retested. Related parties will continue to be isolated during retesting,” said a BWF statement.

The result of the meeting manager was reassuring after the organizers confirmed that all participants who were indicated Covid-19 based on the results of the second PCR swab test resulted negative. All England 2021 then officially rolled out at Utiliti Arena Birmingham, Wednesday (17/3/2021) at 13.30 local time.

A total of three Indonesian representatives also managed to ensure the move to the round of 16. They are Jonatan Christie, Marcus Fernaldi Gideon / Kevin Sanjaya Sukamuljo, and Mohammad Ahsan / Hendra Setiawan. One other representative, namely Greysia Polii / Apriyani Rahayu, also secured second round tickets after their opponent resigned.

Nonetheless, one of the passengers who was on the same plane as the Red and White squad was indicated to be positive for Covid-19. This happened before the match of three other Indonesian representatives, namely Anthony Sinisuka Ginting, Praveen Jordan / Melati Daeva Oktavianti, and Fajar Alfian / Muhammad Rian Ardianto. This situation made Anthony, Praveen / Melati, and Fajar / Rian fail to compete and their status changed to WO, aka walkover.

The Red and White officials claimed to have received an e-mail from the National Health Service (NHS) under the British Government. “You have identified contact with someone who recently tested positive for Covid-19. So, you must stay home and isolate yourself until March 23. You should do this, even if you have no symptoms or receive a negative result when tested,” read the e-mail message from the NHS. Regarding the e-mail that was received, it was confirmed by PBSI’s PR team, Fellya Hartono.

The response of the Indonesian team

Launching a statement by the manager of the Indonesian badminton team, Ricky Subagja, Indonesia’s squad must undergo independent isolation for 10 days. This is in accordance with British Government regulations which require people to quarantine if they are on the same plane with other passengers who are positive for Covid-19.

“All Indonesian teams are forced to withdraw from the Yonex All England 2021 tournament and cannot continue the match. This is because, during a flight from Istanbul to Birmingham on Saturday (13/3/2021), one of the passengers was affected by Covid-19. However, we were not told who, how many people and where the positive person came from, “said Ricky Subagja.

“In accordance with British Government regulations, if you are on an airplane with a person who is positive for Covid-19, other passengers are required to undergo isolation for 10 days. Thus, the Indonesian team was forced to resign and carry out isolation until March 23, 2021 at the Crowne Plaza Birmingham City Center. However, we can be sure that the condition of all Indonesian teams who are in Birmingham at this time is in good health and well. This is an extremely painful and disappointing incident for all of us.” With the BWF decision forcing the Indonesian team to resign, the representatives of the Red and White flag are confirmed to go home without a title at the All England 2021.