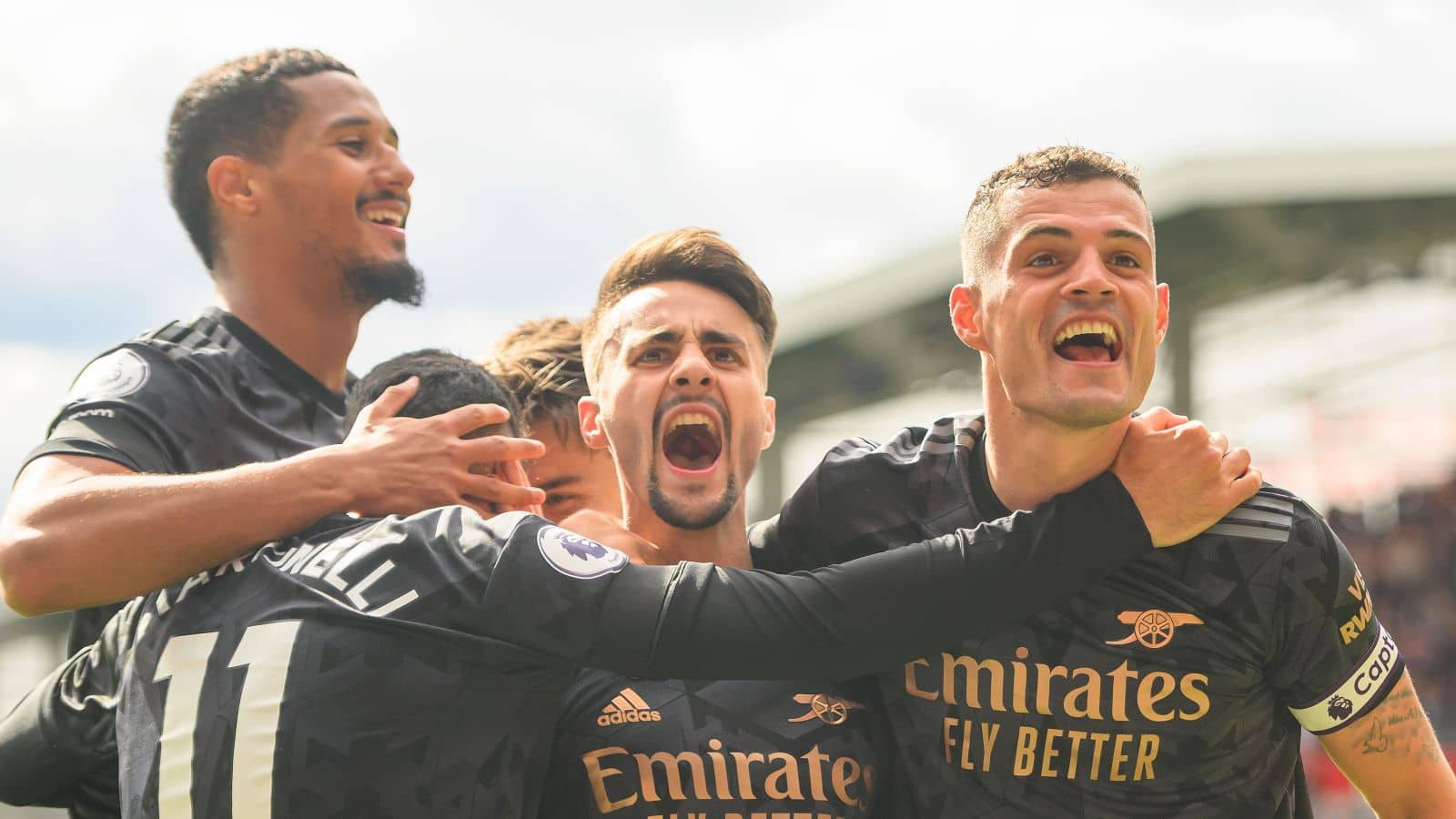 Fabio Vieira is an Arsenal attacking midfielder who has just joined from FC Porto this season.

Through this article, SportReviews invites friends to get to know Fabio Vieira more closely.

The first goal for Arsenal was scored as Fabio Vieira helped his team beat Brentford 3-0.

Vieira’s goal was special because it was the final goal in the match.

“I am very happy, of course, to score my first goal with this club, Arsenal,” Vieira said.

Fabio Vieira was brought in by the Gunners from FC Porto in the 2022 summer transfer window.

Vieira was brought in with a tag of 34 million pounds

But Vieira had a pretty tough start after picking up an injury in pre-season.

Slowly the Portuguese footballer began to find his best condition.

Vieira was given the role of midfielder for the North London by coach Mikel Arteta.

The moment the player had been waiting for came. He scored the first goal for the North London team as well as delivering Arsenal’s 3-0 win from Brentford, Sunday (18/9/2022).

This victory maintains the position of the Gunners at the top of the standings.

“We started the season really well and we have to keep doing this,” he said.

“Everyone plays and knows what they have to do on the pitch,” continued the 22-year-old footballer.

The other three Gunners goals were scored by William Saliba in the 17th minute, striker Gabriel Jesus in the 28th minute and Fabio Vieira in the 49th minute.

This result is also an injection of motivation for Vieira and his teammates.

Moreover, Arsenal will play a North London derby against Tottenham Hotspur on October 1.

Long before becoming a professional footballer, Fabio Vieira was a bit lucky to live in Santa Maria de Feira. The area is “only” 15 miles or about 24 kilometers from the famous football academy in Portugal, FC Porto. Quoted from The Sun, the Vieira family is not a wealthy family.

His parents needed a lot of effort for the life and talent of Fabio Vieira to continue. Vieira didn’t even have the fare to take the train to the training ground. However, his father’s friend, Joao Mario, provided transportation assistance to the player. Without the help of Joao Maria, Vieira’s talent may not reach the top level.

Fabio Vieira’s name began to stick out in the 2019 UEFA Youth League final. At that time, FC Porto lost 1-3 to Chelsea in the final. However, one of FC Porto’s goals came from Vieira’s feet.

After that, the name Fabio Vieira began to stand out in Portugal. He made his debut in the Portugal U-21 national team after that.