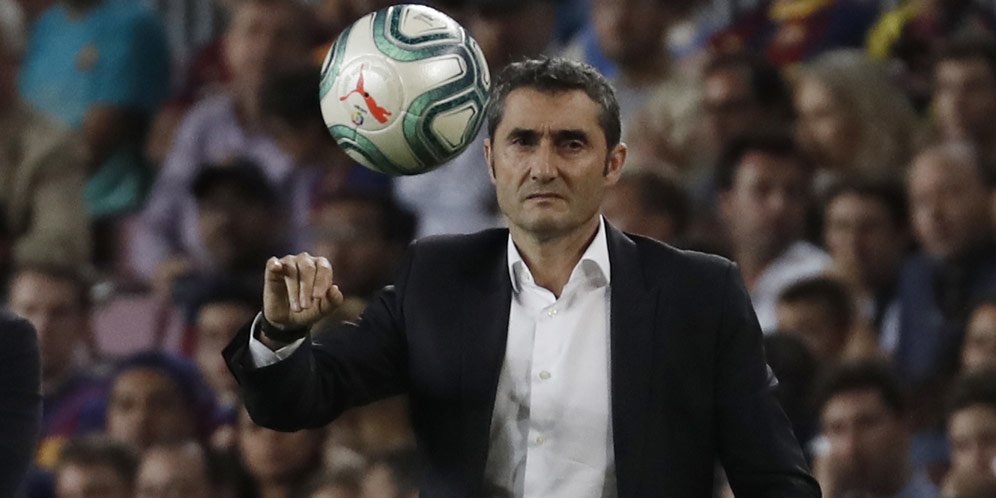 Ernesto Valverde is back in charge of the team after two years of unemployment. The former Barcelona coach was appointed as the new coach of Athletic Bilbao.

Bilbao officially appointed Valverde as the new coach, Thursday (30/6/2022). Valverde comes on to replace Marcelino Garcia Toral, whose contract expires at the end of June.

“Ernesto Valverde, new coach of Athletic Club. The coach with the most victories in the history of the Rojiblancos will occupy the San Mames bench for the third time,” read a statement from Bilbao.

Ernesto Valverde does have historical ties to Athletic Bilbao. He played there in the 1990-1996 season, and was assistant coach at San Mames in 2001.

Valverde became Bilbao coach in 2003 and served there for two years. The Spaniard returned to coach Los Leones in 2013 and won the Spanish Super Cup in 2015.

Valverde recorded a classy record in his two spells with Bilbao. He has become the coach who has coached Bilbao the most (306 times), won 104 wins and led the Basque club to five qualifications for Europe.

Valverde’s ability with Bilbao attracted Barcelona’s interest. The Blaugrana signed him in 2017 as Luis Enrique’s successor.

Ernesto Valverde managed to bring four domestic titles to Camp Nou, including two LaLiga titles. He was sacked by Barcelona in January 2020 following the defeat against Atletico Madrid in the Spanish Super Cup and was out of work for two years before returning to Athletic Bilbao.

Ernesto Valverde opened up about his work at Barcelona, ​​which he called quite good. But he had to succumb to the huge demands at Barca.

In the Champions League, Barcelona was not very good under his direction. They stopped in the quarter-finals and semi-finals in the 2017/2018 and 2018/2019 seasons, then left the team before the 2019/2020 knockout phase.

It was in that period that Barcelona experienced two bitter comebacks in the Champions League. They were eliminated by AS Roma on away goals with an aggregate of 4-4 in the 2017/2018 quarter-finals, then were expelled by Liverpool 3-4 in the semifinals of the following season. Both were swallowed after winning 4-1 and 3-0 in the first leg.

In the end Valverde was sacked after a series of disappointing results in the December-January 2019/2020 season. He felt his overall performance was relatively good, but it was difficult to satisfy everyone at Barcelona.

Valverde then highlighted how Barcelona have not performed better after his departure, even this season they were evicted to the Europa League.

“We won two league titles and that’s good. But it’s not good enough for some people,” Ernesto Valverde told Libero quoted by Marca.

“I was there for 2.5 years, first in our three years of appearances in the Champions League group stage and with one game to go. In those three years we didn’t need the last game (to qualify).”

“But when things like this happen, it’s good, we and the group in general appreciate it, but it’s a different matter with other people. But we appreciate it because it’s difficult for us and now…well, we’ll see,” added the coach. 57 years.