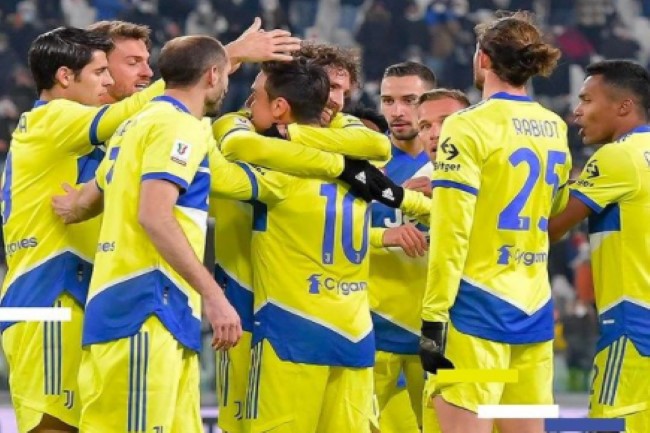 Juventus managed to beat Sampdoria with a landslide score of 4-1 in the continuation of the Coppa Italia this season.

The Juventus vs Sampdoria match is presented in the Coppa Italia round of 16 which was held at the Allianz Stadium, Tuesday (18/1/2022).

The four winning goals for Juventus were created by Juan Cuadrado, Daniele Rugani, Paulo Dybala and Alvaro Morata each.

While the Sampdoria camp was only able to reply to one goal through the action of Andrea Conti. This result makes Juventus entitled to step into the quarter-finals to meet the winners of the other round of 16 match that brings Sassuolo against Cagliari. Sassuolo and Cagliari will only face each other tonight (19/1).

Juventus tried to immediately appear aggressive since the early minutes. Unfortunately, the opportunity that Cuadrado got in the 15th minute could still be countered by goalkeeper Wladimiro Falcone. Juventus finally managed to open the scoring in the 25th minute through a low and hard free kick that was released by Cuadrado from the edge of the penalty box.

Less than two minutes later, Alvaro Morata had scored. However, VAR annulled this goal because previously Mattia De Sciglio was considered the first to commit a foul. The 1-0 score lasted until halftime.

Entering the second half, Juventus was still reluctant to relax the pressure. Rugani also scored with a header in the 52nd minute following Arthur’s cross.

After that, Juventus had fallen asleep with a two-goal advantage and became careless. This was used by Sampdoria to minimize the lag through Conti’s action in the 63rd minute.

This goal seemed to sting the Juventus squad again. Just four minutes later, the Bianconeri were back away thanks to Dybala’s goal following Manuel Locatelli’s assist.

Entering the 76th minute, Marley Ake who had just entered to replace Cuadrado fell in the penalty box after being violated by Bartosz Bereszynski. The hosts also received a penalty which was completed into a goal by Morata. Until the referee blew the long whistle, no additional goals were created from both teams in the rest of the match.

The score 4-1 for Juventus’ victory was the final result of this match. This result led Juventus to the quarter-finals. In the round of 8, they will waiting the match between Sassuolo vs Cagliari.