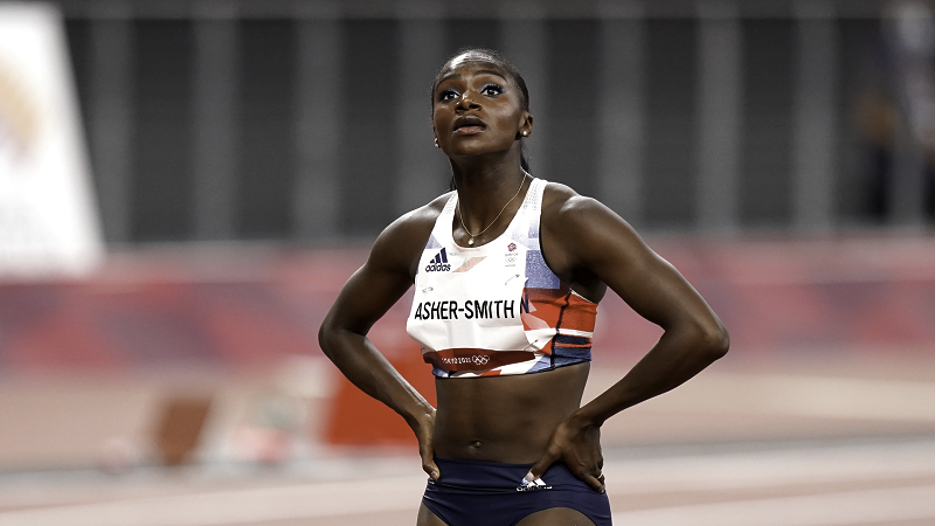 Dina Asher-Smith has withdrawn from the 200m at the 2020 Tokyo Olympic Games due to a hamstring injury. She made the decision after she failed to reach the final of the 100m.

After her third place finish in the 100m semi-finals, Asher-Smith revealed that she suffered an excruciating hamstring tear during the British Olympic Trials final.

Following discussions with coach John Blackie, Asher-Smith choked back tears as she announced that she would have to retire from the 200m.

“I’m going to withdraw. John just had this conversation with me and this is the one that’s so tough.” Asher-Smith said to Forbes.

“As the reigning world champion, and I was in such good shape, and you know the Olympic champion is not too much a step closer.

Before the games, the sprinter had withdrawn from the events in Stockholm and Gateshead, but the actual extent of the injury had not been made public.

Asher-Smith said she was initially told in Manchester that she had broken her hamstrings. She was told the injury would require surgery and three or four months of rehabilitation afterward.

She got a second opinion and it revealed that her hamstrings were still attached, but were considerably torn.

“The most frustrating thing for me was that I was in the shape of my life and I can tell it with my hand over my heart,” Asher-Smith said.

“If you asked me six weeks ago, I was very confident that I was going to win the 100m. I’m being totally outspoken because I knew every part of my run, my start, my transition and my finish, was better than some of the fastest women in the world.” Asher-Smith added.