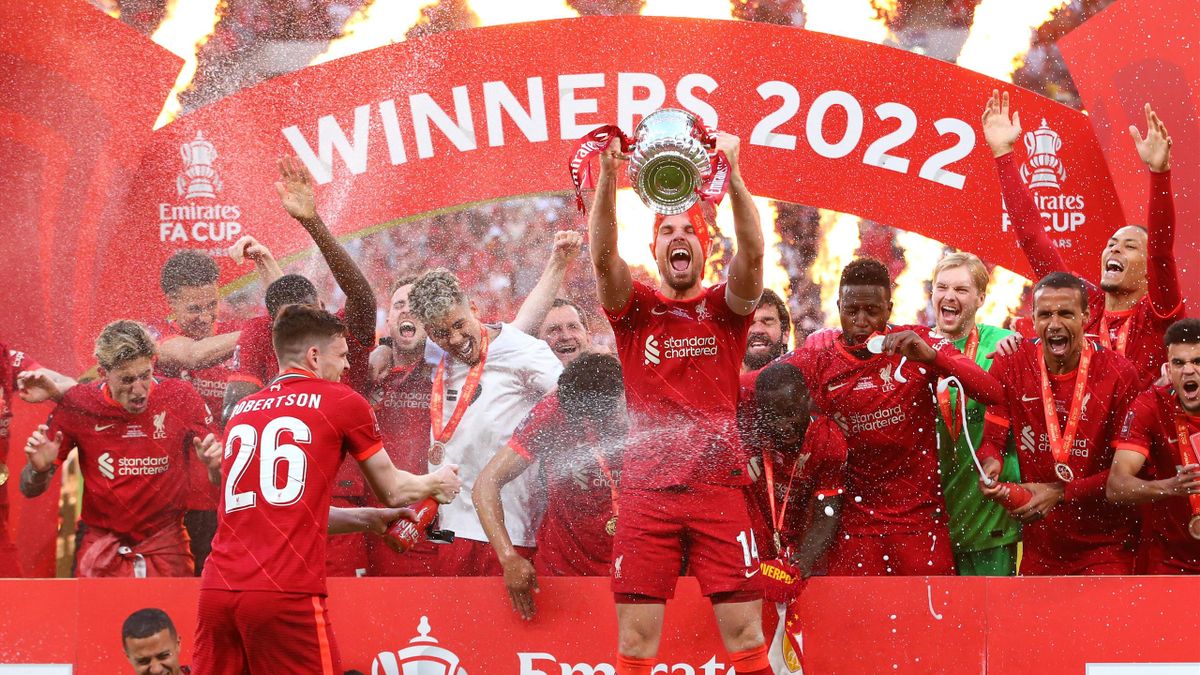 The Chelsea vs Liverpool duel in the FA Cup final lasted a goalless draw in normal time so it had to go to extra time. Liverpool won the FA Cup after a dramatic win against Chelsea on penalties shootout which ended 6-5 at Wembley Stadium, Saturday (14/5).

In the first half, both teams had good chances to score. However, the slick performances of Edouard Mendy and Alisson Becker made the match end in a goalless draw.

Liverpool suffered a loss in the first half after Mohamed Salah was injured. Jurgen Klopp decided to pull out Salah and field Diogo Jota.

Entering the second half, Chelsea first managed to apply pressure. Marcos Alonso almost scored a free kick from a tight angle. Alonso’s shot failed to reach Alisson but only hit the crossbar.

In the 52nd minute, it was Luis Diaz’s turn to threaten the Chelsea goal. Luis Diaz’s kick just went wide to the right of Edouard Mendy’s goal.

Both teams continued to try to attack each other but goals were not created until the game entered the 75th minute.

In the 77th minute, it was Thiago who had collapsed after being violated by Reece James. But Thiago was finally able to continue the game.

Luis Diaz then gave a threat to Chelsea’s goal in the 83rd minute but again failed to lead to a goal. Luis Diaz’s shot hit the left side of the Blues goal post.

When extra time entered five minutes, Hakim Ziyech fell in the penalty box during a duel with Ibrahima Konate and the referee did not consider it a foul.

Klopp also played Roberto Firmino to replace Luis Diaz in order to get a new color up front. However, until the 120 minutes were over, the score remained goalless, so the match was decided on penalties which Liverpool eventually won.

Marcos Alonso, who acted as the first executor, could outwit Alisson. The same thing was done by James Milner who confidently conquered Edouard Mendy. Score draw 1-1.

Cesar Azpilicueta failed to do his job because his shot hit the post. In contrast, Thiago coolly sent the ball into the goal as well as brought Liverpool a 2-1 lead after the second execution.

Ross Barkley, who was sent off ahead of the penalty shootout, fired hard and made Alisson fooled. Liverpool then kept the lead as Trent Alexander-Arnold could also trick Mendy. Score 4-3 for Liverpool.

Jorginho who became Chelsea’s fifth executor can score goals and keep Chelsea’s hopes. The penalty shoot-out then continued to additional executioners after Mendy could save Sadio Mane’s shot which became the Reds’ fifth executioner. Score draw 4-4.

Hakim Ziyech then carried out his duties as executioner well even though Alisson read his shot. Diogo Jota coolly sent the ball into the left corner of the goal. Score 5-5.

Alisson made a terrific save when he blocked Mason Mount’s shot that went to Alisson’s left. Victory finally belonged to Liverpool through the execution of Kostas Tsimikas. Liverpool won 6-5 on penalties.