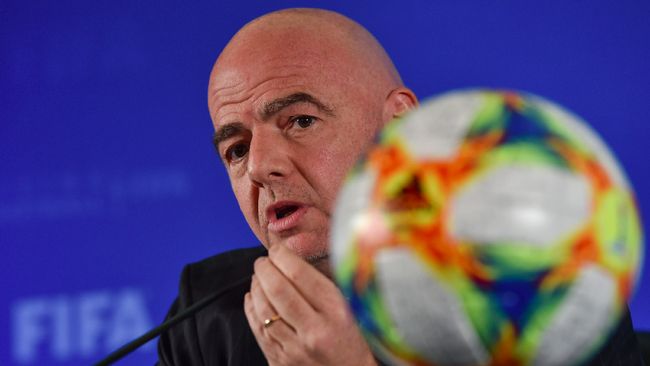 FIFA officially suspended the administrative rights of the Indian Football Federation (AIFF) on Tuesday (16/8). The following is a chronology of FIFA freezing Indian football.

The World Football Federation (FIFA) took a firm step by imposing a penalty on the AIFF after the intervention or intervention of a third party against the ‘AIFF household’ related to the general chairman election process. This is considered by FIFA a serious violation of the statutes.

At the beginning of August, FIFA had warned the AIFF that if there was intervention from a third party, member federations could get suspended sanctions, as has been experienced by a number of countries.

The threat comes after India’s Supreme Court asked the AIFF Executive Committee to hold elections according to a schedule proposed by the Administrators Committee (CoA), which currently runs the affairs of the Indian football federation.

Elections will be held on August 28 and the voting process will begin on August 13. This intervention is considered to violate the FIFA Statutes.

FIFA and the AFC Asian Football Confederation have also sent a team led by AFC Secretary General Windsor John to meet with Indian football stakeholders and submit a roadmap for the AIFF to amend their statutes and then hold elections by 15 September.

However, because a third party in this case the CoA is still intervening in the AIFF household, FIFA finally decided to impose sanctions on Indian football and revoke the right of host India to hold the women’s U-17 World Cup which is planned to be held in October.

This assurance was obtained after FIFA published an official announcement via their website which stated that FIFA had frozen the AIFF, Tuesday (16/8).

“The Bureau of the FIFA Council has unanimously decided to suspend the All India Football Federation [AIFF] with immediate effect due to undue influence from third parties, which constitutes a serious violation of the FIFA Statutes,” FIFA was quoted as saying in a release.

“The suspension will be lifted once the order to form an administrator committee to take over the powers of the AIFF Executive Committee has been lifted and the AIFF administration regains full control over the day-to-day affairs of the AIFF. The suspension means that the 2022 Under-17 Women’s World Cup, which was scheduled to take place in India on 11-30 October 2022, it cannot currently be held in India as planned,” FIFA added.