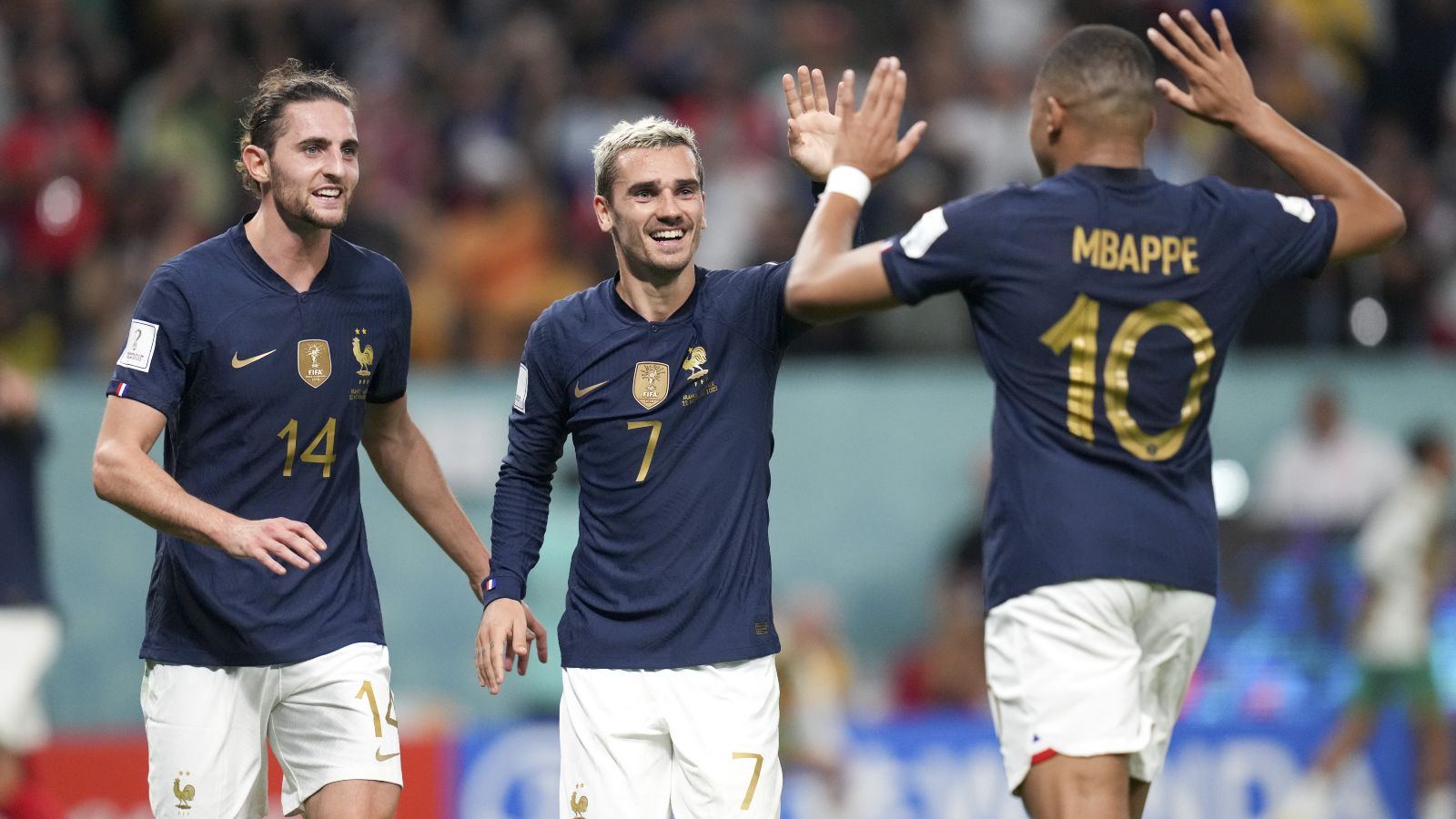 There were a lot of people talking about the injury trends when one by one the pillars of France fell due to injuries ahead of the start of the 2022 World Cup. When Christoper Nkunku, Presnel Kimpembe and Karim Benzema canceled their appearance at the 2022 World Cup due to injury, following Paul Pogba and N’Golo Kante, netizens called it a sign that the curse had appeared.

That, France will be the next defending champion affected by the curse of being eliminated in the world cup immediately. Continuing the dark stories of Italy, Spain and Germany. However, early this morning, France dispelled the shadow of the reigning champion’s curse at the World Cup through a classy appearance at the Al Janoub Stadium in Al Wakrah City, Qatar.

The 2018 World Cup champion started his ‘campaign’ to defend the title by beating Australia 4-1 in the first match of Group D of the 2022 World Cup. But indeed, despite winning big, it is undeniable that an aura of tension could be seen on the face of France coach Didier Deschamps at the start of the match.

Moreover, Australia’s goal was also the start of the injury to French defender Lucas Hernandez. In replays, it can be seen that the Bayern Munich defender toppled over while trying to catch an Australian player who was about to release the bait. France found hope in the wake of a storm of injuries

However, there is a blessing in disguise for France. There is a glimmer of light in the dark clouds that for several weeks have seemed to cover the Les Bleus team. Yes, France found hope from the storm of injuries that hit them.

When Lucas was pulled out and replaced by Theo Hernandez, Theo’s entry became the beginning of France’s revival. In the 27th minute, it was this player who played for AC Milan who sent a mature bait and was only ‘eaten’ by Adrien Rabiot for a 1-1 equalizing goal. Five minutes later, it was Rabiot’s turn to provide a sweet assist for Olivier Giroud. France was back winning 2-1.

In the second half, France added a goal in the 68th minute through Kylian Mbappe’s header which continued Ousmane Dembele’s assist. This is a ‘rare’ goal because it’s rare for Mbappe to score a heading goal like that. In the 71st minute, Giroud increased France’s lead to 4-1. He ‘flew’ to grab a pass from Mbappe. This goal makes the game seem to end faster.

Match statistical data shows, France did appear to dominate Australia. France excels in possession of the ball by 63 percent. Throughout the match, Mbappe et al took 23 shots with 7 of them on goal, alias aiming at goal. While Australia could only create four opportunities with only one on target.

However, the interesting story is not in the statistical data of the match. But it’s more the cameos, aka stunt players–referring to the term in the film–which gives new hope to France at the 2022 World Cup. It seems that the universe has plans for France.

If Lucas Hernandez had not been injured, it seems Theo Hernandez would not have played in the first half and did not provide a mature assist for Rabiot. Because, Didier Deschamps prefers Lucas to play at France’s left full back.

And, it’s not just Theo Hernandez who has become France’s new hope following the injury to Lucas Hernandez – who according to the match was sentenced to no longer be able to play at the 2022 World Cup. Olivier Giroud, who is now 36 years old, also immediately showed off his abilities as a top goalscorer.

Two goals against Australia made Giroud match Thierry Henry’s 51 goals for the French national team. Giroud is now side by side with Henry as France’s all-time top scorer. In fact, if Karim Benzema had not been injured, it is clear that Deschamps would have preferred Benzema as the number one center forward in the French team. While Giroud will only sit on the bench. However, the universe seems to have other plans.

Throw away the curse, France has the chance to be in the top 16. The curse of the defending World Cup champion which was imposed on France is like a person carrying a sack full of stones on his back, but it turns out that this does not apply to France at the 2022 World Cup.

The victory over Australia made France the first defending champion team to win in the opening match in the last three editions of the world cup. Previously, since the 2010 World Cup, the three defending champions had not won their first match. In fact, eliminated in the group stage. So that the myth of the defending champion’s curse appeared.

In the 2010 World Cup, Italy played 1-1 against Paraguay. Four years later, Spain was thrashed by the Netherlands 5-1 at the 2014 World Cup via go; Robin van Persie’s dolphin header for the opener. Then, Germany defeated Mexico 1-0 in World Cup 2018. Well, it is unlikely that Les Bleus will follow in the footsteps of Italy, Spain and Germany in the previous edition of the world cup.

Indeed, this victory has not ensured that France will qualify for the last 16. Only limited to superior status. However, winning is clearly much better than losing. Mentally, the victory over Australia made France release a heavy burden on their backs. France will appear more loose in the next match. Namely, against Denmark on November 26.

Last night, Denmark only played 0-0 with Tunisia. These results make France lead the Group D standings alone. If France wins again against Denmark, Olivier Giroud et al will certainly qualify for the last 16 of the 2022 World Cup.
Although, this match will be more difficult to assume.