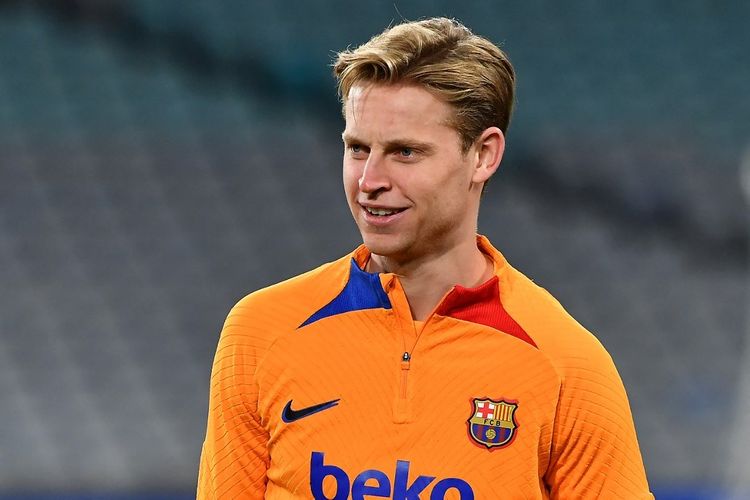 Frenkie de Jong has spoken again about his future. The Dutch midfielder emphasized a strong desire to stay with Barcelona. The future of Frenkie de Jong became a byword in the summer transfer market of 2022. He is said to be one of the names on Barcelona’s selling list.

Camp Nou camp is said to want to release De Jong in order to raise funds in the midst of the club’s financial crisis. Manchester United and Chelsea were then reportedly interested in signing De Jong.

The Red Devils are the main fans and have reportedly been stalking the former Ajax Amsterdam player. Various reports, including from European transfer expert Fabrizio Romano, even stated that Man United and Barcelona had reached an agreement for the transfer of De Jong.

United are said to guarantee a fee of 75 million euros for De Jong, then 10 million euros as a bonus. However, the Red Devils’ efforts to recruit De Jong did not go smoothly because the midfielder refused to leave Barca.

The news that Barca want to kick De Jong is also inversely proportional to the statement of the club, both President Joan Laporta and the coach Xavi Hernandez. Towards the end of the transfer market, De Jong’s transfer saga finally dimmed. The 25-year-old midfielder is certain to stay at Camp Nou.

Asked about his future ahead of the Poland vs Netherlands match in the UEFA Nations League, De Jong reaffirmed his loyalty to Barca. “I always wanted to stay at Barcelona and this is why I always stay calm in the summer,” De Jong told Mundo Deportivo.

At the beginning of the 2022-2023 season, De Jong was also in the spotlight because he started the game several times from the bench. One of them was when the Blaugrana were beaten 0-2 by Bayern Munich in the Champions League group phase.

In response to his playing time, the midfielder was not completely satisfied. However, he admits everything is fine. “I can’t give a lot of details. But, the club has their own ideas and I also have my own ideas,” said De Jong. “Sometimes, these ideas clash. But, in the end everything went well,” he said.

De Jong will perform with the Netherlands when he travels to Poland’s headquarters in the UEFA Nations League, Friday (23/9/2022) early morning WIB. That means De Jong will be playing against his Barcelona partner, Robert Lewandowski.