Having been left behind, Giroud brought France to beat Australia 4-1

Having been left behind, Giroud brought France to beat Australia 4-1 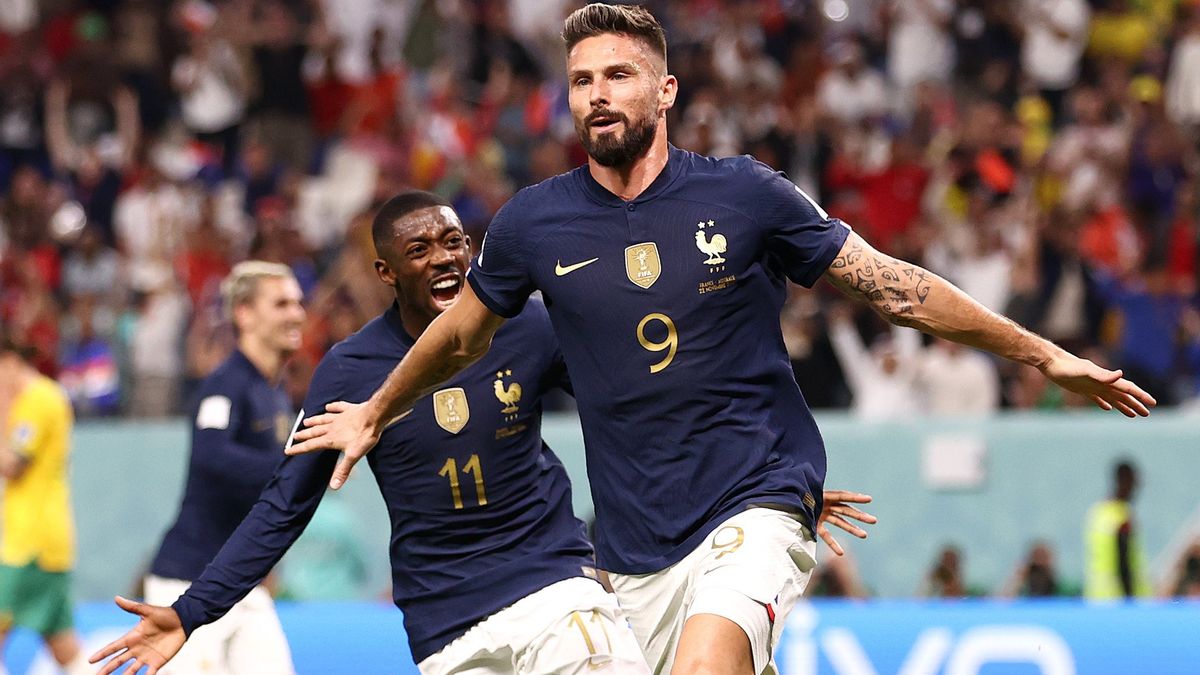 The French national team appeared convincing by defeating Australia in the inaugural match of the 2022 World Cup in Qatar.

After being surprised by Australia’s quick goal, France was finally able to hit back and won a landslide victory 4-1.

The France vs Australia match will be presented in their inaugural Group D match at Al Janoub Stadium, Tuesday 22 November 2022.

In this match, Olivier Giroud scored two goals for France.

Meanwhile, the other two goals were scored by Adrien Rabiot and Kylian Mbappe.

The Kangaroo Country Team took the lead through Craig Darwin’s goal in the 8th minute.

Goodwin was able to break into Hugo Lloris’ goal after taking advantage of Mathew Leckie’s pass from the right.

Four minutes later, France was forced to make a quick substitution after Lucas Hernandez was injured and had to be replaced by his brother, Theo Hernandez.

France could equalize to 1-1 in the 27th minute.

This time, Rabiot was the architect of the second goal after Olivier Giroud completed his cross in front of goal in the 32nd minute.

Taking the lead put France in control, but no further goals were scored until half-time.

In the second half, France domination continued.

Didier Deschamps’ squad can now make it difficult for Australia to build attacks until the second half.

France was finally able to add advantage in the 68th minute.

Now it’s Kylian Mbappe’s turn to get his name on the scoreboard.

Through an attack from the right side, Ousmane Dembele fired a cross into the penalty box.

The PSG striker is in front of goal and can win aerial duels.

Mbappe then headed the ball into the Australian goal. Score became 3-1.

Kylian Mbappe stabbed down Australia’s left before sending a cross into the middle which Giroud was able to head. France leads 4-1.

Until the referee blows the long whistle, there are no additional goals until the match is over.

France secured a 4-1 victory over Australia.

This victory makes the defending champions lead Group D of the 2022 World Cup with three points.

While Tunisia and Denmark are under it after they played a goalless draw and Australia became caretaker.