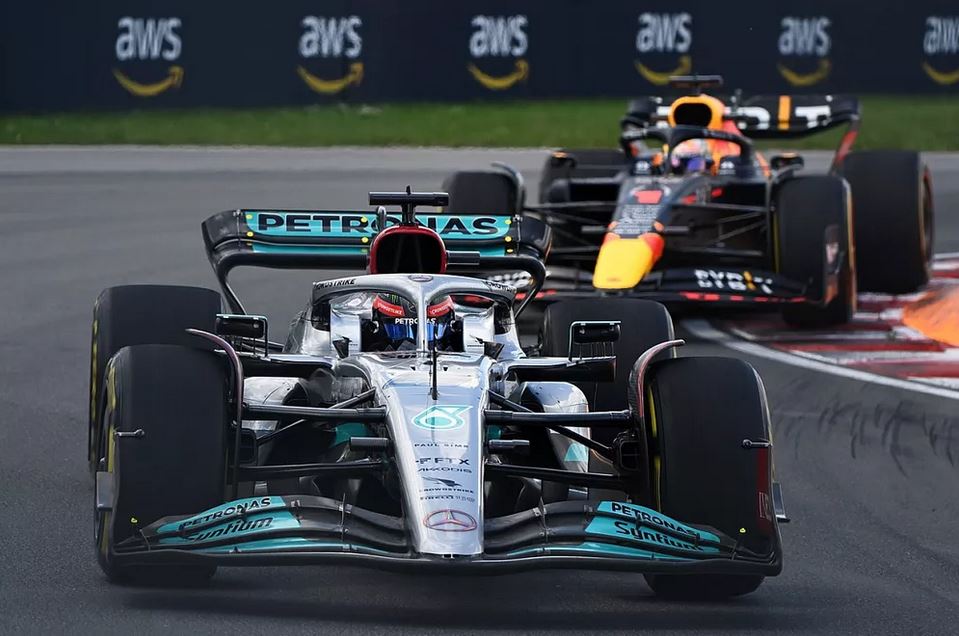 The British boss believes the German team will threaten the RB & Ferrari dominance at Silverstone. He anticipated the venue as “the most challenging” for Red Bull.

However, the team has remained enfettered with the overhauled 2022 technical regulations. The team has struggled with porpoising and bouncing effects of its W13 F1 car.

It left the whole arena for Red Bull and Ferrari to contend for championship titles. Both teams have fought for the top positions for the first half of the season. In contrast, the German squad scuffled with its W13 issues.

F1 is heading to British Grand Prix, where Red Bull boss, Horner, is concerned about Mercedes. He expects the rival team to challenge his team, which has won seven races out of nine this year.

Horner answered the concerns of a reporter whether Mercedes would be a problem at Silverstone. He replied: “Definitely, I think they’ll be strong at Silverstone.

“I don’t see any reason why they wouldn’t be. Paul Ricard, the same. I think Ferrari will be quick at Silverstone as well.

“It could be a more of a challenging circuit for us just due to the nature of this layout.

“It’s incredible that we’ve put a run of six race victories together [but] Silverstone could well be the most challenging.”

Mercedes has dominated the Silverstone venue, where it has won eight of the last ten races. It missed a victory at the 2018 British Grand Prix. The second missed victory was the 70th anniversary Grand Prix in 2020.

The German squad is upgrading for this weekend’s grand prix in order fight back for the championship title battle.

It had achieved success at Spanish Grand Prix while making a breakthrough related to porpoising issue. Thanks to a raft of updates on its F1 car.