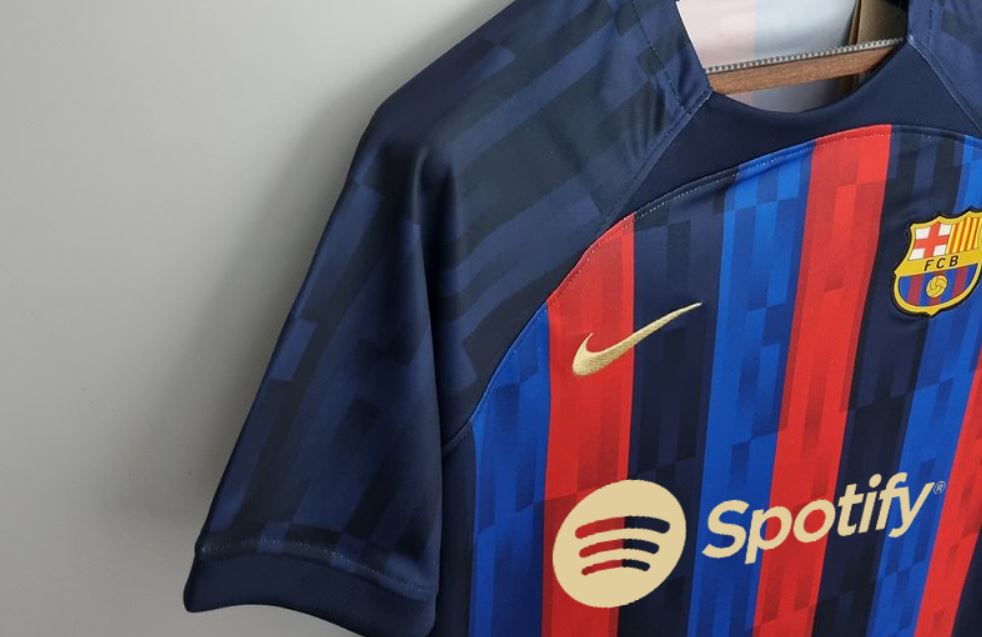 Music streaming platform Spotify has officially become the main sponsor of FC Barcelona. According to a Reuters report, the deal is worth around 285 million euros over the next three years. In other words, Rakuten’s contract as Barcelona’s main sponsor expires at the end of the 2021/22 season, and Spotify will act as a replacement.

Media from Catalonia, Sport explained that the agreement between Barcelona and Spotify was not only related to the main sponsor on the chest of the Blaugrana costume. Of the 75 million euros that Spotify will provide for Barcelona, ​​sponsors on the chest of the costume do provide the largest funding (65 million euros). However, Spotify also bought space on the back of the team’s training shirts and the rights to the stadium’s naming as Spotify Camp Nou, for five million euros each.

Sport adds that Barcelona hopes that once the Camp Nou upgrade is complete, they can renegotiate with Spotify and earn an additional 20 to 25 million euros annually. If that happens, Barcelona will mean at least 95 million Euros from Spotify every year.

The decision to collaborate with Spotify was taken by Barcelona President, Joan Laporta to help the club’s finances which were in debt. Financial reconstruction has become Laporta’s main job since returning to lead Barcelona. According to him, the previous directors (the era of Josep Bartomeu) had misused funds and falsified data which made the club have a debt of 1.3 billion euros.

“Those who make the condition of the club to be destroyed as it is today. Third party investigations have shown how there were some unreasonable things done by the former directors. Including paying lawyers through players. Things like this can get them brought to justice because they have committed crimes,” explained the figure who was born on June 29, 1962 in early February 2022.

The financial reconstruction carried out by Laporta’s directors has helped the club design a better financial plan. Previously, they had a debt of 731 million euros which had to be paid off within a year because the previous directors had a lot of short-term loans.

According to Swiss Ramble, the short-term loan is a disaster for the Blaugrana. Interest on the club’s debt, which in 2018 was worth one million euros, jumped 41x in 2021. Now, they can repay a debt of 595 million euros in a decade to replace short-term loans left by previous directors.

However, this can also be achieved after Barcelona secured a loan of around 500 million Euros from the Goldman Sachs Investment Bank. Goldman Sachs loan also helped Barcelona to keep spending in the winter transfer market 2022. Barcelona brought in Ferran Torres for 55 million euros from Manchester City, Pierre-Emerick Aubameyang, and Adama Traore.

In addition to borrowing fresh funds from Goldman Sachs, Barcelona’s salary cuts were also carried out to carry out financial reconstruction. Adama, Aubameyang and Ferran Torres are no exception, who have just arrived in the winter of 2022.

Adama reportedly only paid 15,000 euros per week by joining Barcelona. Despite his loan status, previously he was paid 43,000 per week by Wolverhampton Wanderers. Aubameyang was paid 2.1 million euros in a five-month period by Barcelona. Whereas while defending Arsenal, the Gabon striker was paid six million Euros in the same period.

The presence of Spotify as the main sponsor to replace Rakuten is also inseparable from the financial reconstruction that is being carried out by Barcelona. Spotify’s annual disbursement of funds (75 million euros) is far greater than that of Rakuten in the 2021/22 season (30 million euros). While not all of it will be used to pay off debt, one key point from the Barcelona and Spotify deal has had a huge impact on the club’s financial health: the stadium’s naming.

For the initial deal, Spotify paid five million Euros per year for the Camp Nou naming rights. However, Barcelona, ​​who are currently undertaking renovations and adding to the club’s infrastructure, hope their deal rises to 20 to 25 million euros once the project is completed.

The project called ‘Espai Barca’ is also Barcelona’s main key to paying their debts. With the addition of capacity, a VIP area and hosting events at the latest version of the Camp Nou, Laporta is eyeing a €200 million entry for the club.

The presence of Spotify as the main sponsor of Barcelona actually received rejection, especially Barcelona CEO Ferran Reverter. He resigned from his position as CEO for personal reasons. However, according to ESPN, Reverter’s decision could not be separated from the club’s agreement with Spotify. It is said that the converter even flew to Miami to look for other sponsors, but failed.

Barcelona’s decision to grant the stadium naming rights is new for the club. Since opening in 1957, Barcelona has never granted the Camp Nou naming rights, Spotify being the first. But the idea of ​​relinquishing the stadium’s naming rights dates back to 2014, when the first ‘Espai Barca’ project was launched. It’s also not the first time Barcelona have abandoned their tradition to stay alive.

In 2012, Barcelona broke the tradition of 111 years without a sponsor on the chest by establishing a 150 million Euro partnership with the Qatar Foundation. Prior to the Qatar Foundation, Barcelona had never sold their shirt chests for advertising. The club actually paid UNICEF when the UN-owned organization was written on the chest of Lionel Messi and his friends (2006-2011).

After the collaboration with the Qatar Foundation was completed, the chest in the Barcelona shirt continued to be filled. Qatar Airways gave Barcelona more than 600 million euros in revenue over four years. Then Rakuten stepped in, giving 50 million euros a year from 2017-2021 before dropping to 30 million euros for the 2021/22 season.

With funds obtained from sponsors in the chest area of ​​​​the shirt, Barcelona could break the world transfer record by signing Neymar, and buying the services of Antoine Griezmann and Ousmane Dembele for more than 100 million Euros. Barcelona’s current condition is indeed different, they are forced to focus on cleaning up the debts left by Josep Bartomeu rather than bringing in famous players. But Laporta wants to run both at the same time.

“Anything can happen, our condition continues to improve. All the best players have thoughts of joining Barcelona. Everyone must be prepared, because we have returned. The presence of Ferran Torres proves that,” Laporta said in response to rumors of Erling Haaland’s arrival to Barcelona.

One of these ambitions can be lived by having more fixed sources of income. Be it sponsoring the once sacred chest, or selling the stadium naming rights. Barcelona has always managed to find a way to meet La Liga’s wage limit regulations. They have also never been punished by UEFA for violating Financial Fair Play. In fact, despite being in debt, in fact Barcelona can still move in a healthy way. The presence of Spotify as the main sponsor will also strengthen it.