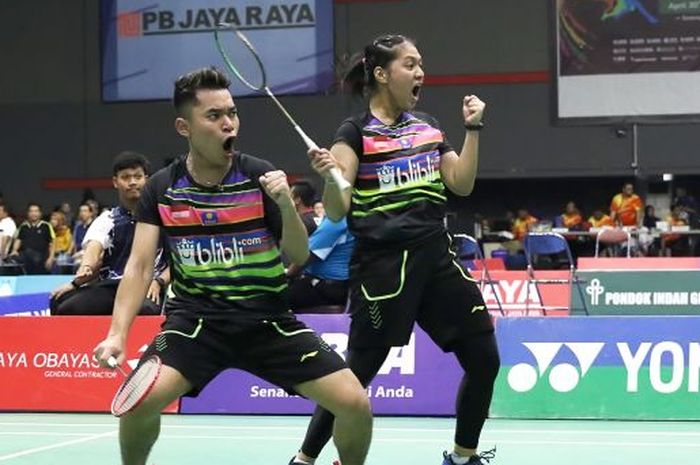 In the same time as the super-level 300 Barfoot & Thompson New Zealand Open 2019 tournament which entered the Super 300 level, the Indonesian junior team appeared in the 2019 Grand Prix Pembangunan Jaya Raya tournament held from April 30 to May 5, 2019 which recently in South Tangerang, Indonesia.

The tournament competed three age groups namely U15, U17 and U19. For the U19 group, the Indonesian team as the host was strengthened by 146 players from five sectors followed in the tournament which was categorized as the Junior International Grand Prix.

Based on the leading list of players in the U19 group, Indonesia has a big chance to win three titles. The three championships are estimated to be won from the men’s singles sector through Primary Pelatnas players, Christian Adinata who was seeded in the first position.

Next the other Primary Pelatnas players Putri Kusuma Wardani were seeded in fourth place, Yasnita Enggira Setiawan was seeded in fifth and Stephanie Widjaya who was seeded in sixth position from the women’s singles sector.

The Febriana couple Dwipuji Kusuma / Indah Cahya Sari Jamil who is a combination of non-national players with the Pelatnas Pratama player seeded in second place and the apprentice partner pratama Metya Inayah Cindiani / Amalia Cahaya Pratiwi who was seeded seventh in the women’s doubles sector.

Next the couple Dwiki Rafian Restu / Nita Violina Marwah who is a combination of non-national team players with Primary Pelatnas players is seeded in the sixth position in the mixed dual sector.

The men’s doubles championship was won by Leo Rolly Carnando / Daniel Martin who was seeded in second place after successfully defeating first-seeded pair Di Zijian / Wang Chang from China through a battle of two straight sets with a score of 21-15 and 21-14.

The next mixed doubles title was won by Leo Rolly Carnando / Indah Cahya Sari Jamil who was seeded in the first position after successfully defeating second seeded pair Feng Yanzhe / Lin Fangling from China through a battle of two straight sets with a score of 21-14 and 21-19.

Furthermore, the women’s doubles finalists were won by Nita Violina Marwah / Putri Syaikah Ulima Hidayat, the pratama pair who was seeded in the first position. In the final Nita / Putri lost to sixth-seeded pair Lin Fangling / Zhou Xinru from China through two straight sets with a score of 16-21 18-21.

The men’s singles finalist position was won by Bobby Setiabudi who was seeded in 12th position. In the final round Bobby lost to eighth seed Li Yunze of China, through a direct two-set battle with a score of 18-21 22-24.

Next the women’s singles finalist position was won by Putri Kusuma Wardani who was seeded in fourth place. Daughter in the final round lost to Chinese player Dai Wang through a rubber set battle with a score of 21-13 11-21 and 19-21.