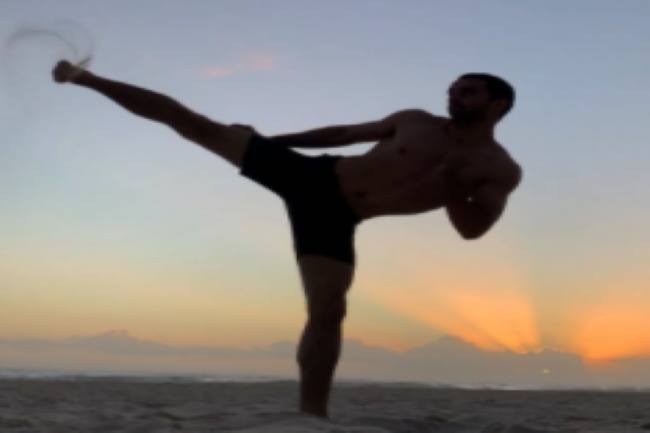 The achievement of the Indonesian Taekwondo gold medal was achieved through Andi Sultan who went down in the Cadet Freestyle Male category.

Based on the assessment conducted on June 20-23, the athletes from DKI Jakarta recorded a score of 6,220.

Andi Sultan successfully defeated Iranian representative M Habibzadeh who had to be satisfied with silver after getting a value of 5,960. While bronze together was won by O. Martinez (Mexico) and H.SHI (Macau) each with a score of 5,750 and 5,500.

Nadim Faturahhman failed to win a bronze medal after narrowly lost from the Hong Kong taekwondoin who won the score of 7,310. Nadim himself won a score of 7,300. Gold in this category was achieved by Korean athletes H. Kim by reaching a score of 7,470. The silver medal was won by Taekwondoin from Peru R. Perez with a score of 7,360.

Meanwhile Nayla was ranked fifth after getting a score of 5,380. The gold medal in the Freestyle Female category was won by Taekwondoin United States (US) which scored 6,080. Then B. Corradeshi (Italy) won silver with 5,960 and bronze each won by C. Chiang (Macau) with 5,720 and A.Amrafe (Iran) with 5,640.

With this result, the Head of the Development Division and Achievement of PBTI Yefi Triaji appreciated the maximum performance of the three red and white athletes in the event followed by the best athletes who had been championed and were ranked eighth in the world.

Chairman of the PBTI Lt. Gen. TNI (Ret.) H.M Thamrin Marzuki revealed the same thing. According to him, Indonesia’s athletes consistently trained hard even in the middle of the Covid-19 pandemic period, so the results of the maximum. This, said Thamrin, showed that the achievements of them were the output of a process of governance for the coaching athlete who went well, quoted from the World Taekwondo page.

“I as General Chair of PBTI feel proud, our young athletes excel at the global level. This shows even in the condition of Covid-19 pandemic, coaching athletes in the center and in the regions continue to run optimally,” Thamrin said.

The G2 level event was held by the World Taekwondo (WT) online or virtual because it took place in the middle of a pandemic.

The series of World Taekwondo Poomse Open Challenge I, II activities, and III had also been going on before. In other words, this is the grand final or the final round of the circuit.