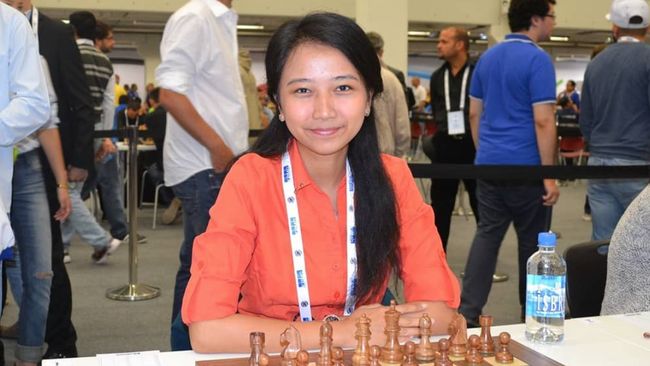 The chess duel of Irene Kharisma Sukandar and Gothamchess ended in a 2-2 draw. The following is the chronology of the duel.

Irene competes against Gothamchess in a chess variant of 960 or a random fischer with a time of three minutes or is in the blitz chess category. The 960 chess variant is a variant of the random chess pattern that places the pieces out of their usual position at the start of the game.

Blitz chess played by Irene and Gothamchess gives each player a total of three minutes of playing time with an additional one second for each move.

In the first round, Irene holds a black chess piece and manages to get a Gothamchess horse. Gothamchess himself managed to get an elephant.

In only three minutes playing time, the game gets even more exciting as it approaches the final seconds. Irene, who didn’t realize that her time was up, finally lost.

In the second match, Irene held a white chess piece. This time Irene is more focused on managing her time better. He was quite far ahead of Gothamchess.

Irene finally managed to win after Gothamchess ran out of time when Irene still had 30 seconds. Score becomes 1-1.

In the third duel, Irene was able to have a time advantage of 40 seconds when Gothamchess only has 1 minute 10 seconds left.

Irene admits that her position is not very good despite being ahead of time. Gothamchess tries to suppress it by using the prime minister and the elephant. This is quite effective because it puts Irene under pressure.

When the game got more exciting at the last second, Irene ran out of time again and lost. Gothamchess leads 2-1.

“It must mean something faster. He’s lucky. Should be able to draw,” said Irene after the third match.

Gothamchess is running out of time this time. Irene finally equalized to 2-2.

“This white [Irene] position is far superior because the black king in H-8 is rather open and easy to attack,” said Irene.

The match ended in a 2-2 draw and this match was closed by Irene and Gothamchess to discuss the progress of the match in the four rounds.