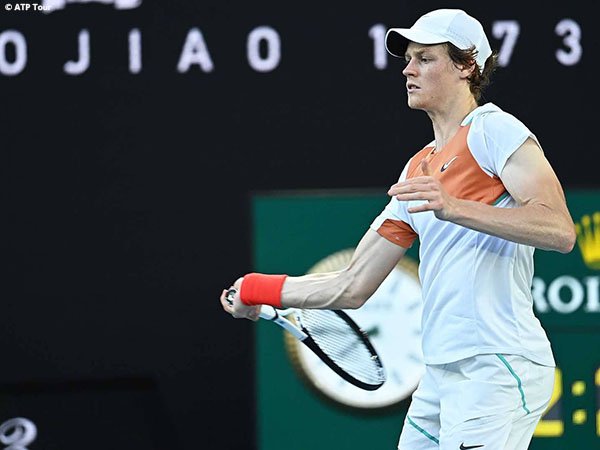 Jannik Sinner The career of the Italian tennis player is developing at a fairly high speed after ensuring himself to qualify for the quarter-finals of the Australian Open 2022 season.

The 20-year-old maintained a perfect start to the 2022 season as he reached the quarter-finals of the Australian Open for the first time in his career with a 7-6, 6-3, 6-4 win over host Alex De Minaur.

The player, who is yet to lose in 2022, ended the host men’s hopes in the Australian Open in singles with a fine performance and with the win, he continued to dominate head to head against world number 42 De Minaur. He has only dropped a set en route to the quarter-finals in Melbourne this season.

The Italian’s 2021 season has been impressive after he won four titles, but he still can’t repeat his feat when he reached the quarter-finals of the 2020 French Open until this week. He also expressed satisfaction with the way his career has developed after securing victory in the fourth round of a Grand Slam.

“Last season was a long season for me. I played a lot of matches for the first time. And have gained a lot of experience in the last few months. I grew up as a player and also as an individual. At 20, you can only grow. I feel very happy to be in the quarter-finals of this tournament,” said Jannik Sinner.

De Minaur competed well, but the 11th seed was more clinical in key moments to seal victory in 2 hours 35 minutes.

After securing four break point opportunities in the opening set, the Italian immediately stepped on the gas by snatching a 6/2 advantage in the tiebreak round of the set. He maintained that momentum in the second set with an early break, a chance that proved enough to secure a two-set lead.

The impressive defense from both players resulted in some memorable rallies. Left behind with a chance to break, De Minaur showed tenacity to get up. But the 11th seed showed no trepidation and ended up winning.

“He had more chances in the first set than I did, then after I tried to corner him a bit more, especially in the tiebreak, that was probably what made the difference. Then I got more confident and I tried to move him a little bit more, but it was very difficult to play against Alex, especially here in Australia. He always plays really well,” said Sinner.

Sinner will now face either Stefanos Tsitsipas or Taylor Fritz for a place in the Australian Open semifinals.