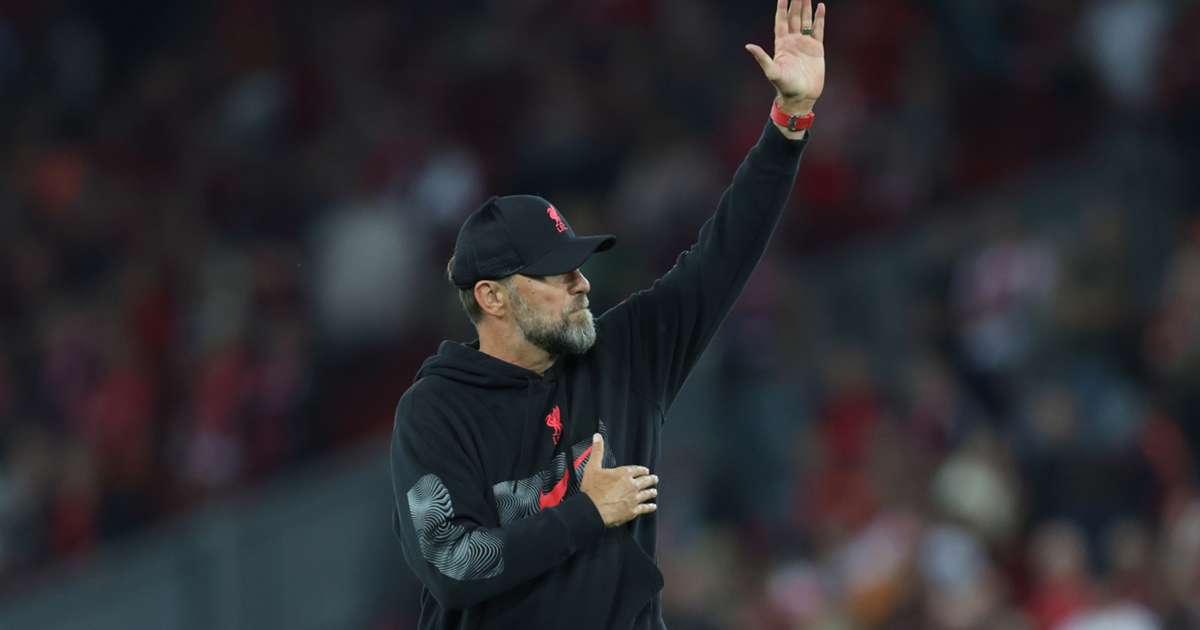 Jurgen Klopp is proud that Liverpool failed to win and Darwin Nunez got a red card against Crystal Palace in the 2022/2023 Premier League.

Liverpool had to settle for a draw against Crystal Palace in the second week of the Premier League at Anfield Stadium, Tuesday (16/8).

However, Klopp admitted that he was proud of the appearance shown by his team in this match.

“It was a very good start, exactly what we wanted, a lot of games we wanted to play, showed a lot of motivation, we want to improve, everything is there. But we were unlucky in many situations. Palace’s game plan was very clear which was to defend very well. deep, having five players at the back, getting players behind the ball and counter-attacking. We also struggled with Zaha’s pace,” Klopp told Sky Sports quoted by Scorers.

“The second half started positively again, but getting a red card was a blow. Of course, it was a red card, he was provoked, but he doesn’t have to act like that. Then we equalized four minutes later. It was a tough game for us, with 10 men. , tried hard. But, my real feeling now is that I am proud, “said Klopp added.

The Reds who appeared dominant were even surprised by Crystal Palace striker Wilfried Zaha’s goal in the first half. They had to settle for sharing the points after only being able to score one goal back through Luis Diaz’s splendid action in the middle of the second half.

Liverpool actually appeared to be pressing since the early minutes, but the trio of Mohamed Salah, Darwin Nunez, and Luis Diaz failed to complete a series of opportunities they had.

Liverpool also had to play with 10 men after Darwin Nunez was given a red card. Nunez got a straight red card for headbutting Andersen. Nunez got emotional because he had previously received encouragement from Andersen.

Despite the lack of players, Liverpool were able to equalize in the 61st minute through Luis Diaz’s beautiful goal. Diaz’s individual action from the left side ended with a successful curling kick to change the score to 1-1.

The Merseyside team is getting more and more excited to chase a home win. However, Palace’s solid defense really made it difficult for Liverpool to make additional goals and had to settle for a draw.