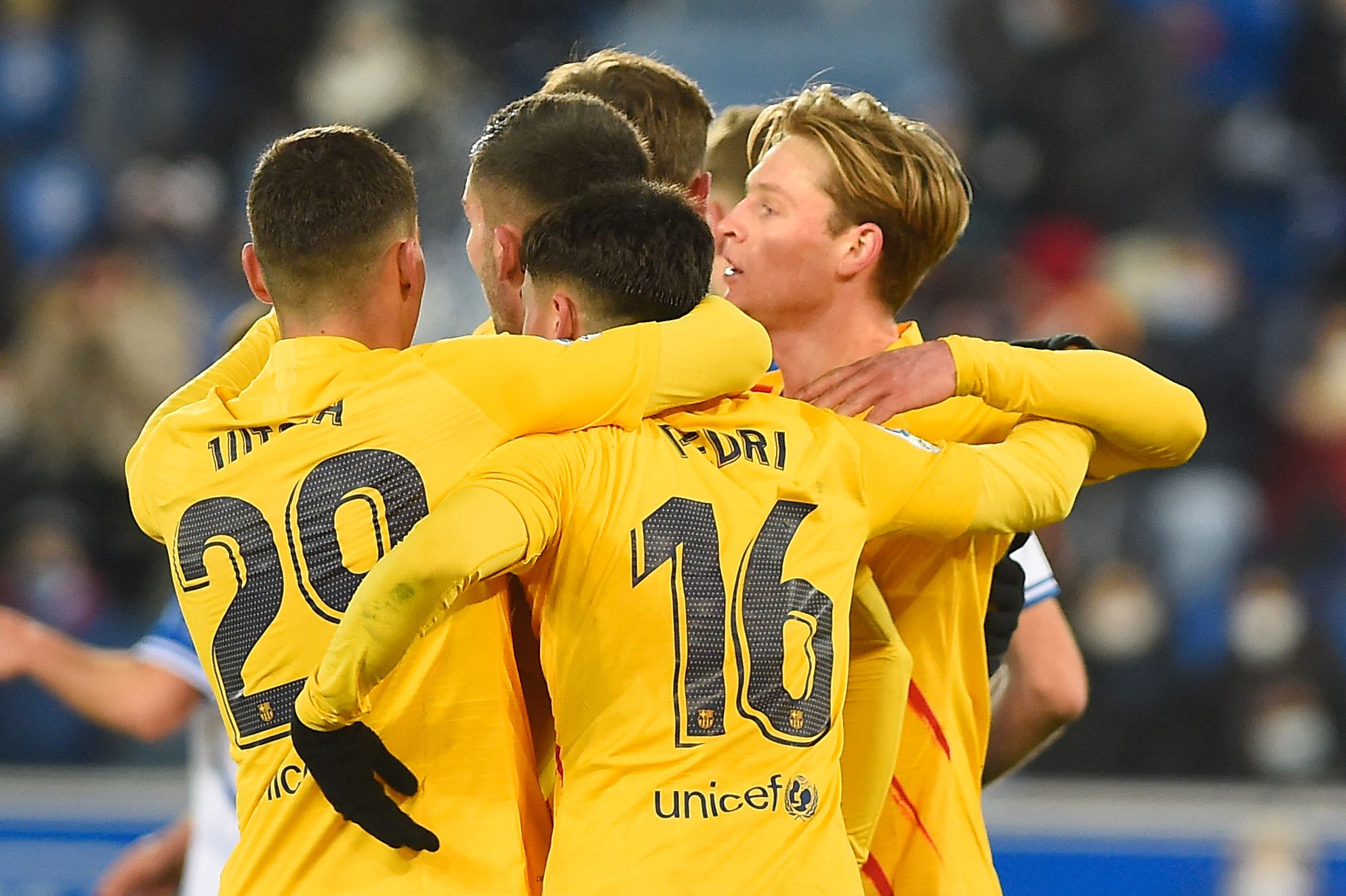 Barcelona managed to get full points in the continuation of the 22nd week of LaLiga Santander this season.

The Barcelona squad managed to steal points when they visited Deportivo Alaves headquarters on Monday (1/24/2022).

In that match, Barcelona managed to lead by a narrow score 1-0. The result of this match was achieved through a tough struggle for 90 minutes.

Barcelona were welcomed by Alaves who played tough when they visited Mendizorrotza. Sergio Busquets et al. may have had the ball, but Alaves played defensively very neatly.

Luckily, Barcelona’s winning goal came in the 87th minute through the feet of Frenkie de Jong. Alaves tried to equalize, but was running out of time.

This victory is important for Barcelona to continue to climb to the top.

Barcelona took the initiative to attack as soon as the game started. The first 10 minutes belonged to the visitors, Alaves was actually confined in their own playing area.

Barcelona’s first opportunity came in the 13th minute. Dest’s cross was accurate for De Jong, but his execution was far off target.

Until the 25th minute, the game was relatively balanced. Barcelona were more dominant with the ball, but Alaves played very neatly to reduce the threat of the opposing team.

Alaves defense continued to frustrate Barcelona until the end of the first half. No goals after 45 minutes. The score 0-0 took the players to the locker room.

The match restarted at the same tempo. Barcelona is more active in possession of the ball. Alaves must survive. 10 minutes passed without a chance to cook.

Barcelona began to look frustrated because they continue to fail to dismantle the opponent’s defense. Until the 60th minute, Alaves comfortably survived and waited for a chance to counterattack.

The pattern of this match is locked until the 60th minute. Barcelona tried to attack by all means, from the wings and from the middle of the field, but it still didn’t work. The 78th minute, Alaves get a mature opportunity. Counter-attack, cross from the right side, unfortunately Jason’s header narrowly missed.

The 87th minute, Barcelona found the goal. Barcelona’s typical attack scheme, Alba sent a cross bait to the right side, was greeted by Torres who immediately pass the bait to pull into the middle of the penalty box for Frenkie de Jong. Until the end of the match, the score lasted for Barcelona’s thin advantage.

This victory is very crucial for Barcelona to continue to approach the top four of the Spanish League standings.