Lautaro Martinez said that Argentina is underdog upon facing Brazil

Lautaro Martinez said that Argentina is underdog upon facing Brazil 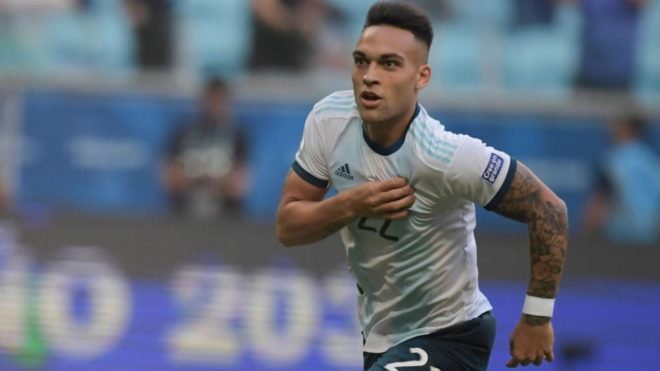 Argentina striker Lautaro Martinez insists his team is ready for combat despite being an underdog when meeting Brazil in the 2019 Copa America semi-final on Wednesday (3/7) later.

Argentina qualified for the semifinals after successfully silencing Venezuela two goals without reply in the quarter-final match held at the Maracana, Rio de Janeiro, Saturday (29/6) early this morning.

Lautaro Martinez scored the opening goal of Argentina’s victory at the start of the match. While one other goal was created by substitute Giovani Lo Celso in the second round.

Meanwhile, prospective opponents of Argentina, Brazil ensure themselves to advance to the semifinals after getting rid of Paraguay through a shootout.

The meeting at the Estadio Mineirao, Belo Horizonte will be the first Argentine and Brazilian duel in an official match in a major tournament since the last time they met in the 2007 Copa America final.

Lautaro Martinez realizes that Argentina is not a superior team when facing Brazil who plays in front of their own supporters. However, he did not care about this.

“We have our own players. We know this match will be difficult because they [Brazil] are the hosts and they will appear in front of their fans,” Lautaro Martinez was quoted as saying by Goal International.

“We show that we give everything in every game. Fortunately, everything goes well,” he added.

Lautaro Martinez has now become Argentina’s top scorer while in the Copa America 2019. In addition to goals against Venezuela, the Inter Milan bomber has also broken into Qatar’s goal.

Argentina itself did not appear too convincing in the preliminary round. Lionel Scaloni’s team started the tournament with defeat and then won a draw before winning in the last game. Argentina qualified for the quarter-finals with the title of runner-up in Group B.

Argentina ambition to win the title to stop their bad luck at the Copa America. The last time the Albiceleste lifted the championship trophy was in the 1993 edition.