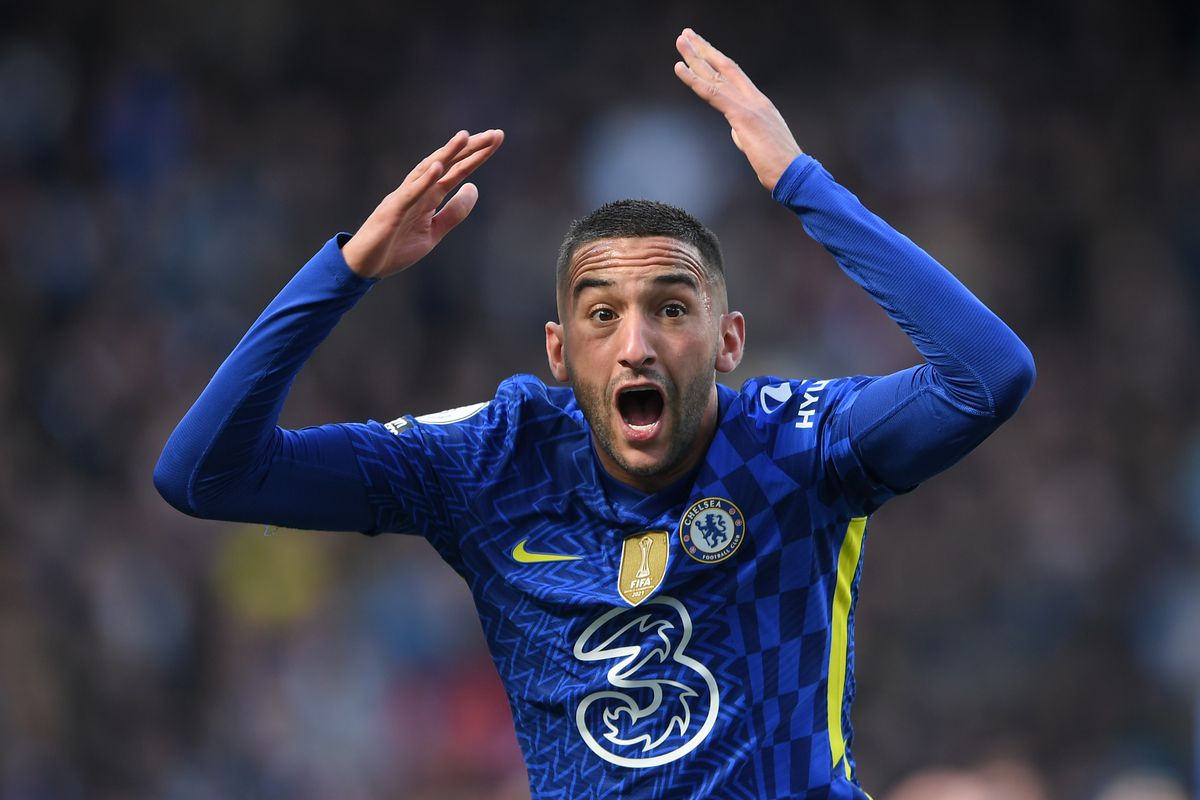 Hakim Ziyech, a Chelsea FC winger, has been widely rumored to be joining AC Milan this summer.

The news of Hakim Ziyech approaching AC Milan blows from a report that he is in talks with AC Milan.

Especially regarding the possibility of a transfer this summer, Hakim Ziyech who is now 29 years old is struggling to become a regular player.

Ziyech scored eight goals in 44 games last season and provided six assists, but he started just 14 Premier League games and was an unused substitute in the next 13.

As a result, Ziyech is expected to advance his career elsewhere in the 2022-23 season, but he remains under contract at Stamford Bridge until the summer of 2025.

A report from last month claimed Chelsea were prepared to accept a reasonable offer for Ziyech, and the former Morocco international could now head to Serie A.

According to transfer expert Fabrizio Romano, AC Milan – who took Olivier Giroud and Fikayo Tomori from Chelsea last year – are now in discussions over a Ziyech move.

Romano added that the former Ajax man had become a long-term target for the Scudetto holders, who are in constant dialogue with his entourage.

Chelsea and Tuchel are happy to part with Ziyech for the right price in the coming weeks, and the 29-year-old is also said to be open to a possible move to the San Siro.

The Blues spent £36m to sign Ziyech from Ajax in the summer of 2020, and the Moroccan has 14 goals and 10 assists in 83 appearances for the capital club.

Ziyech had won the Champions League, Club World Cup and UEFA Super Cup at Stamford Bridge in that time and was part of the famous 2018-19 Ajax squad that reached the semifinals of Europe’s elite competition.

Ziyech will not be the only Chelsea forward heading for an exit this summer, as striker Lukaku is close to returning to Inter Milan on loan.

The unseeded Werner is also expected to leave in the coming weeks.

Timo Werner could also prepare for Serie A stint with Juventus if reports of a player-plus-cash offer for Matthijs de Ligt are reported.

Chelsea appear to have lost Gabriel Jesus’ signature to Arsenal, but Ousmane Dembele and Raheem Sterling remain on Tuchel’s radar.

The Blues will also undergo a major overhaul in defence, with Andreas Christensen and Antonio Rudiger leaving as free agents.

While the futures of Cesar Azpilicueta and Marcos Alonso are still unclear.