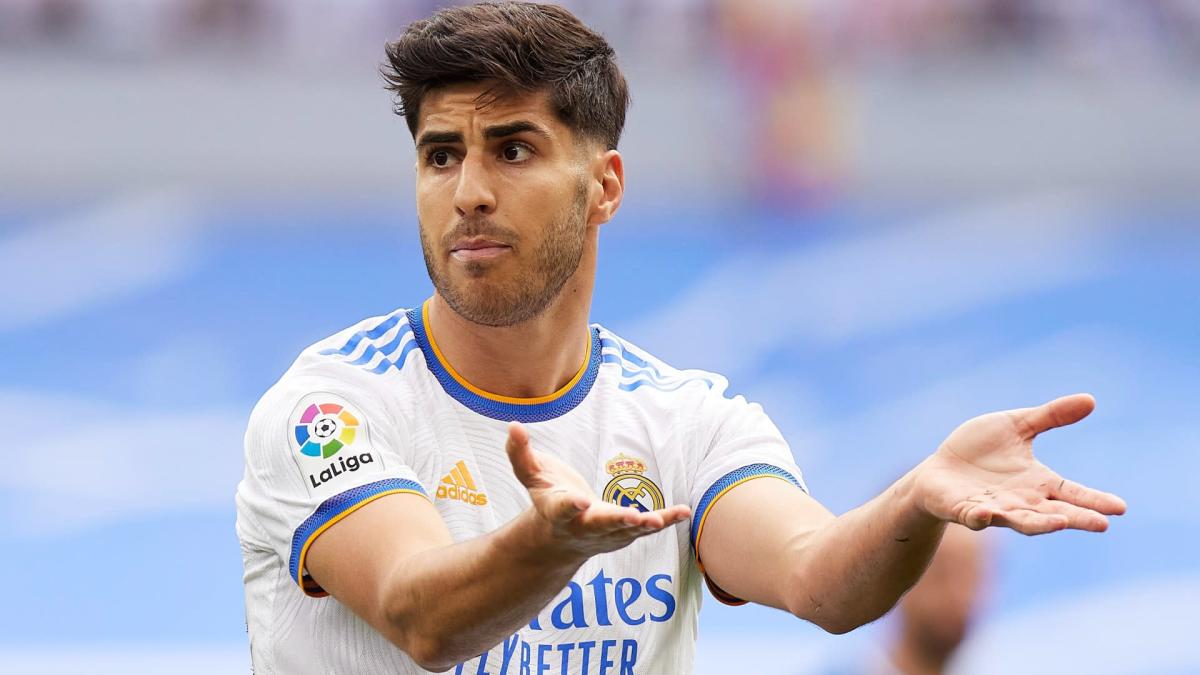 Marco Asensio, a winger from Spain, is widely reported to have the potential to leave Real Madrid in the transfer market this summer.

Asensio continues to open up the possibility of leaving Real Madrid this summer.

Marco Asensio is an agile winger from Spain who is still 26 years old.

Marco Asensio hopes to get a chance to appear regularly.

This mission is to increase Asensio’s chances of strengthening the Spanish national team in the 2022 World Cup finals, later this year.

Losing a place in the Los Blancos core team, Asensio is said to be ready to be released by Los Blancos this summer.

AC Milan, Liverpool and Newcastle United are reportedly ready to accommodate players who can be placed as attacking midfielders.

However, until now, Real Madrid is known to have not received a formal offer from another club to be able to bring Asensio.

Salaries that are too high, reaching six million euros per season, are reportedly one of the biggest obstacles in Asensio’s possible move.

This condition makes Asensio intend to stay at Los Blancos, at least until his contract runs out at the end of this season.

“Nevertheless, the situation can change drastically. If an offer comes in in the middle of next month or until the transfer window closes on September 1, Asensio can change his mind,” quoted SportReviews from the Football Espana report.

In order to increase his chances of appearing in the 2022 World Cup finals, the collector of 28 caps for the Spanish national team is ready to move to another club this summer.

By appearing regularly in the first half of the season, Asensio has a greater chance of getting a call to strengthen La Furia Roja from Luis Enrique.

If he chooses to stay at Los Blancos, Asensio will most likely have difficulty being able to appear regularly. Last season, Asensio only appeared as a starter in 19 matches out of 31 appearances in the Spanish League arena.

Of those 31 appearances, Asensio managed to donate 10 goals. Overall, Asensio has 12 goals and two assists in 42 appearances in all competitions.

Asensio was signed by Real Madrid from Real Mallorca in 2014.

Having had a loan period at Espanyol, Asensio was finally entrusted with the Los Blancos first team in 2016.

Where will Marco Asensio land? Interesting to wait.