McGregor keen to face Nurmagomedov or another fighter

McGregor keen to face Nurmagomedov or another fighter

Home » Boxing » McGregor keen to face Nurmagomedov or another fighter 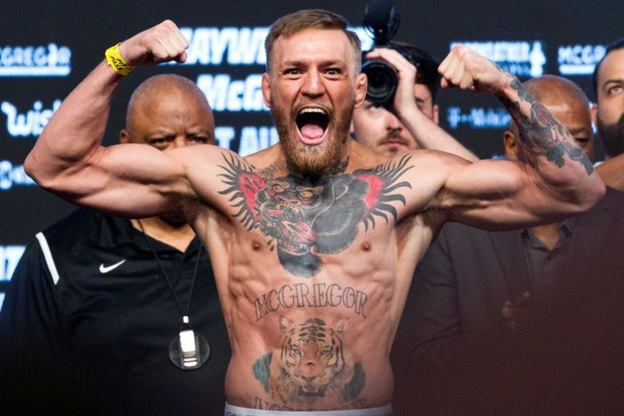 Conor McGregor wants to return to the octagon with full confidence and he would be ready to face someone other than UFC lightweight champion Khabib Nurmagomedov.

In a rare Instagram posting, McGregor (21-4) conceded on Monday that he was undoubtedly beaten by Nurmagomedov in the final of UFC 229 on October 6, but he expected to come back stronger than ever. The Irishman has already signaled his interest in a rematch, but said on Monday that he is ready to face another fighter if this does not materialize.

“It was a big fight and I had fun. I will be back with confidence at its highest. If I don’ get a rematch right away, no problem. I will face the next in the line. I always give everything I have anyway. See you soon, dear fans, I love you all.” McGregor posted.

The 30-year-old fighter returned to the octagon after an absence of nearly two years to challenge Nurmagomedov (27-0) for the UFC lightweight title. He lost his bid in the fourth round.

McGregor explained that a Nurmagomedov line hit the target by chance in the second round, which momentarily threw it to the ground and changed the course of the fight. He admitted to not having respected enough the boxing of Nurmagomedov.

He believes that he then responded well to the third round, which he won according to the judges’ card. This is the only round lost by Nurmagomedov since his debut in the UFC. McGregor then adds that he made a “crucial mistake” in the fourth round that led to his defeat. 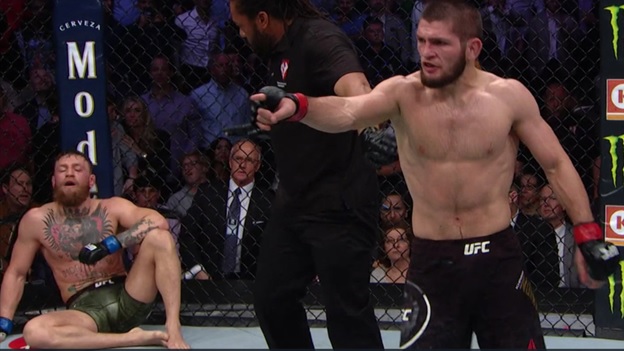 Khabib Nurmagomedov knocks out Conor McGregor in the fourth round. (Sumber:www.geeenstijl.nl)

McGregor and Nurmagomedov could face fines and suspensions from the NAC for the scrum that followed the end of the fight.

Nurmagomedov notably left the octagon to attack a member of the McGregor team. The latter was meanwhile being beaten by a relative of the Russian champion.

A rematch between the two sworn enemies would obviously be very lucrative for the UFC, but the president of the organisation Dana White has not yet approved the idea. He told ESPN last week that the UFC will do the right thing, including former interim category champion Tony Ferguson as No. 1 contender for the title.

“Tony had his belt, he was injured on one knee, he was stripped of the belt and this fight took place. Tony never lost the [Interim] belt after a fight. Conor either, but Conor had a chance to face Nurmagomedov. I think Tony deserves a chance.” White said.