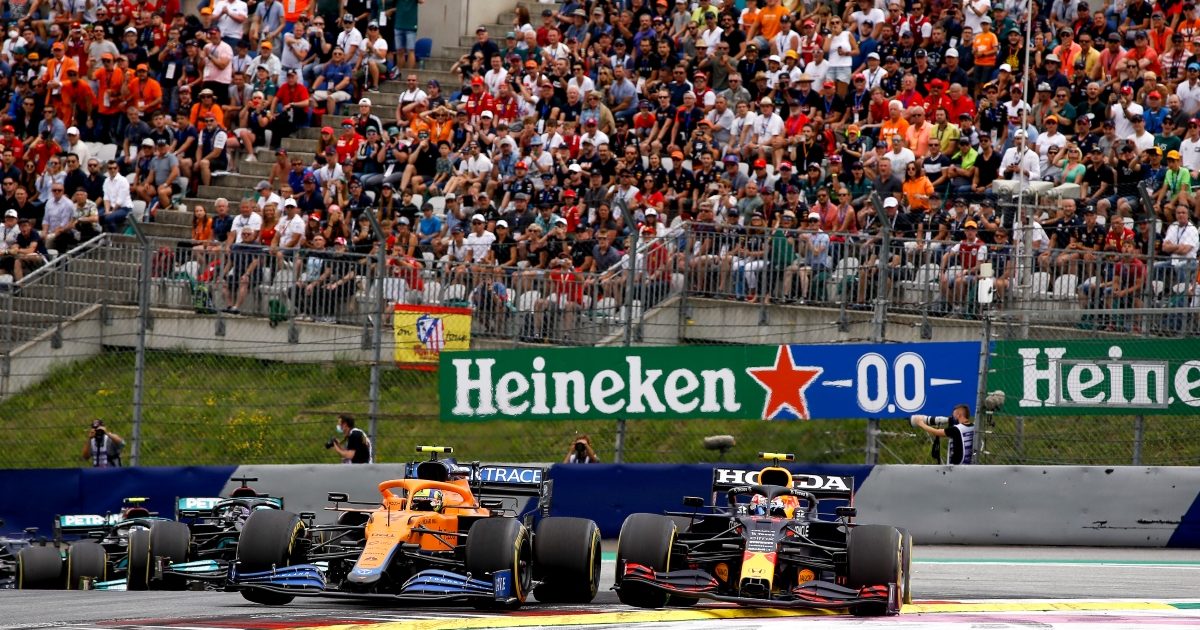 McLaren Formula 1 team wants the authorities to review its penalty point system. Lando Norris had a little incident with Sergio Perez for which he was penalized.

Team claims that pushed its driver to the brink of a race ban, despite no evidence was found for driving “dangerously”.

According to regulation, driver will be handed a race ban for accumulating 12 penalty points on his FIA super-license in a 12 months period. This punishment was introduced in 2014 and since then no race suspension has been handed over.

Yuki Tsunoda and Sergion Perez from AlphaTauri and Red Bull have eight and seven points on their licenses respectively. It put them at the edge of a race ban in 2022. Both drivers must avoid penalty points in first three races. Some of these points will be removed from their licenses before going into the Emilia Romagna Grand Prix.

Max Verstappen, Red Bull crown winner in 2021, need to be attentive to its penalty points. He carry seven points from September last year. He has to race 15 venues this year before any of the points are removed from his license.

Norris carry five points and his 12 months period will finish in June at Azerbaijan. Nonetheless, McLaren are unhappy how the stewards handed its driver penalty points last year.

The team took the matter with the FIA and they cited an example of Austrian Grand Prix. Norris and Perez had an incident for which the former was penalized with two penalty points. Christian Horner, Red Bull boss, felt it was un-neccessary

Zak Brown, the McLaren CEO, claims that Norris was pushed in a position where he was “one incident from a suspension”. He claims that the situation was “crazy”.

Brown wants the FIA to look into its penalty point system along with the investigations to stop Abu Dhabi GP drama.

“We wrote to the FIA and Formula One with seven races to go and said Lando pushing Perez off the track without touching him is one race away from losing his licence.

“I think the points should be about dangerous driving, not racing incidents.

“I understand, of course, everyone is focused on Abu Dhabi but I look at the last two years. And there’s a lot to clean up.”