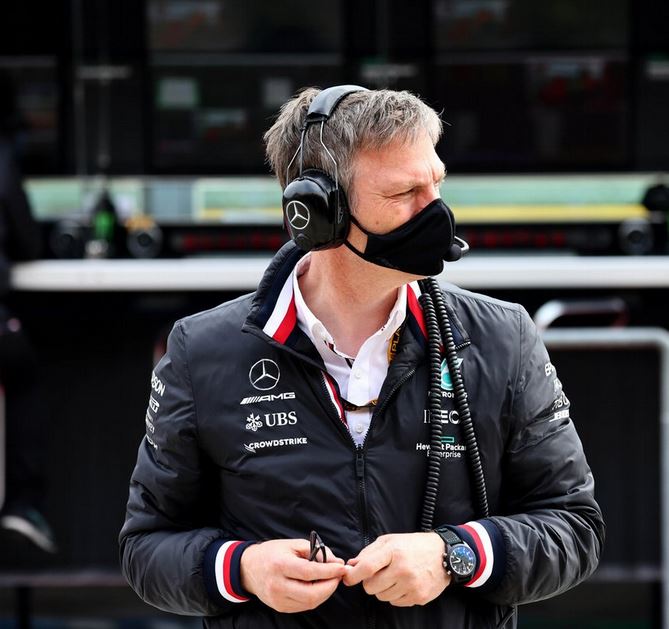 Mercedes Formula 1 team is still planning to bring upgrades, both car and engine, to remain competitive.

Red Bull has dominated last two races after an engine upgrade. The German team struggled to match its rival performance. Hamilton had to speak about it and Verstappen remained unchallenged throughout the race at Styrian Grand Prix.

James Allison, technical director, has revealed that Mercedes will bring the necessary upgrades. He mentioned that engine division is also looking into power management system to challenge Red Bull.

Allison said: “We have a reasonable number of things that are going to make our car faster in the coming races, and let’s hope they prove sufficient.”

Allison discussed on Toto Wolff’s comments and said: “I don’t think those two things are at odds with each other. And I don’t think Toto has said precisely that.

“What Toto points out is that next year’s rules are a big and hairy affair, and that they demand a huge amount of our attention. So most of the focus of our factory has switched over to next year, the performance discovery for next year.

“But that doesn’t mean that there aren’t things still in the food-chain from prior to that focus switch. And furthermore, it isn’t all of the factory. And furthermore, we’re only one of two factories, there’s also the PU factory and there is a little bit more to come also from the PU.

“So there’s some more aerodynamic change in the offing. A little bit on the PU, we hope, on the delivery side, and just a few things that are not quite as tidy as we would wish, that we still have got the opportunity to put right while this season is still very much alive and hot.”

Allison added that Mercedes is facing problems due to new regulation on floor. It has reduced the downforce which remain a problem for the team.

“Ever since the rule changes that were introduced aerodynamically for looking after the tyres, we have found it hellishly hard to find the sort of performance gain rate that we did previously prior to those rules,” he explained. “So that has made our life trickier than we wished it to be.”