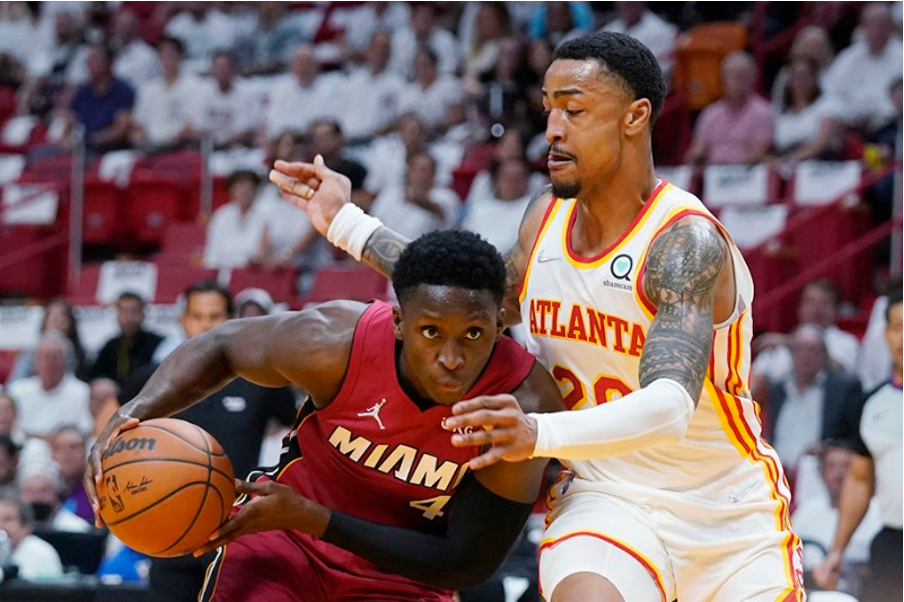 The Miami Heat had 2 bad news about the injuries of extremely important pillars before entering Game 5 against the Atlanta Hawks on Wednesday.

Defender Kyle Lowry strained his hamstring and had to miss a second Playoffs game in a row, and Jimmy Butler suffered a knee injury and was unable to play despite the perfectionism of the coaching staff.

It seemed it was an opportunity for the Hawks to break through and young star Trae Young would be able to take advantage to revive after the nothing matches.

But that scenario did not happen when the No. 1 team in the East still won the final 97-94, eliminating the Atlanta Hawks after 5 matches (4-1 series score) to advance to the 2nd round.

As for the attack, Victor Oladipo was given the opportunity and immediately left a strong mark. Throughout this season, Oladipo has only played eight times for the Miami Heat and spent most of the time out to recover from a thigh injury.

But right at the moment when he was trusted to become the number 1 star of the team, the former Indiana Pacers superstar soon made Heat fans forget the absence of Jimmy Butler.

Having entered the All-Star twice before suffering a very serious thigh injury, this is the first time Oladipo really shines after fully recovering.

“I have prepared very well to wait for a day to be given an opportunity like this. As soon as the coach told me that I would start playing in Game 5, I immediately accepted and was ready to face the challenge,” Oladipo said.