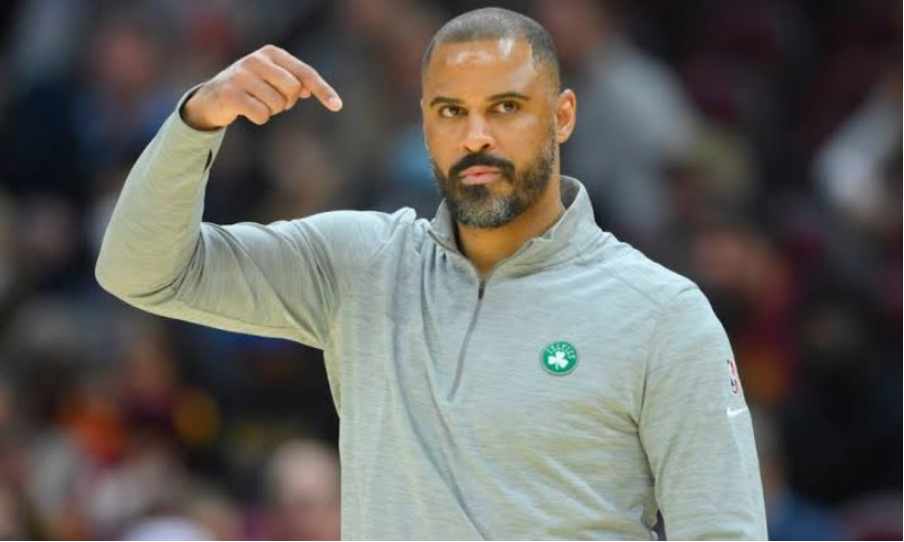 The Boston Celtics on last Saturday lost 109-103 at home against Miami Heat, the Game 3 of the East Conference Final series. However, the Massachusetts team, which had beaten their rivals in the second game.

While Celtics head coach Ime Udoka admitted that attacking mistakes were decisive for the result.

During the match, the Celtics made 24 offensive mistakes, creating 33 points for their opponent from that.

In the first half, the Heat led by 26 points, but the Boston team closed the gap in the last quarter and even dropped to one. However, when the team had the chance to turn around.

“When you make 24 attacking mistakes and give them 33 points for it, you dig a hole,” Udoka said.

“But to my credit, we fought and the gap dropped to one point. So we made some failures and more attack mistakes. But we dug a huge hole as we try to force plays and understand how they are marking us.

“Every team does this. The Heat closed the defense and we tried to get through it instead of passing the ball and relying more on each other.” Udoka added.

Udoka believes the Celtics can turn things around in the next few games despite his side losing the Game 3.

“We turned it around from Game 1 to Game 2, so we’ll try to do the same in the next game.” Udoka said.

“We already did that during the second part of the season, so we know how to do it,” he added.

Celtics on Monday to host Heat once again at Game 4. Udoka believes they will bounce back at home.

Marcus Smart injured his ankle in a terrifying scene captured by court cameras, but Udoka believes he will be fine. The same can be said for Jayson Tatum, who was suffered a stinger.