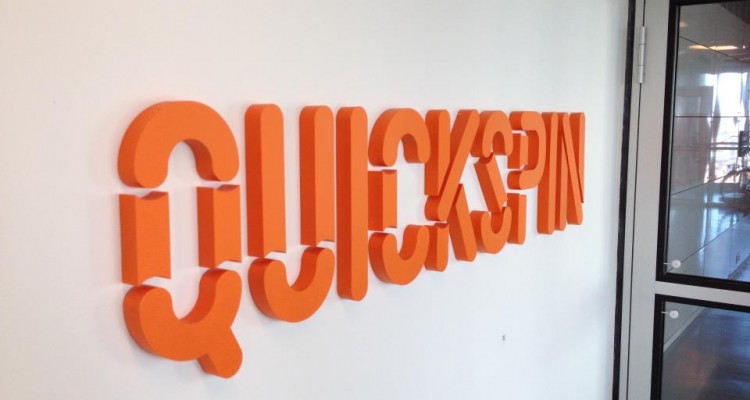 In gaming industry, each day comes as a surprise and in a bid to expand each company is trying their level best to adopt best practices. This is the time of mergers and acquisitions where companies are broadening their portfolio by buying out their competitors. This is a new trend which is hugely popular and each day we get to hear a new story about one company acquiring another and thus killing the competition o a certain extent. In a recent move, Playtech has entered a deal to acquire Swedish games studion Quickspin.

Under this agreement revealed by Isle of Man based Playtech last week which has achieved expected growth levels in the first 53 days of the year. Playtech will pay a maximum consideration of six times Quick spin’s earnings before interest, tax, depreciation and amortisation [EBITDA], which is subject to a cap of €50 million ($55.9 million). After that, the company will take control of all the developer’s shares on a cash free ad debt free basis before the remaining amount which comes fully due on an earn-out basis late in 2018.

Quickspin is headquartered in the Swedish capital of Stockholm and it has a portfolio of over 20 games and develops video slot games for both online real money and social gaming markets.

Playtech said that this acquisition will provide it with a “proven virtual slot machine games portfolio”, with its plans to distribute Quick spin’s content through it existing distribution channels across all the verticals. As per this deal Quickspin founders Daniel Lindberg, Joachim Timmermans, and Mats Westerlund will remain in the company for at least three years from completion.

“We look forward to working with the Quickspin team and to see the Quickspin brand continue to flourish within the Playtech family.

With this acquisition Playtech will emerge as a big player in the gaming and casino industry and Quickspin being the leading supplier of the highest quality of games will definitely offer an edge.