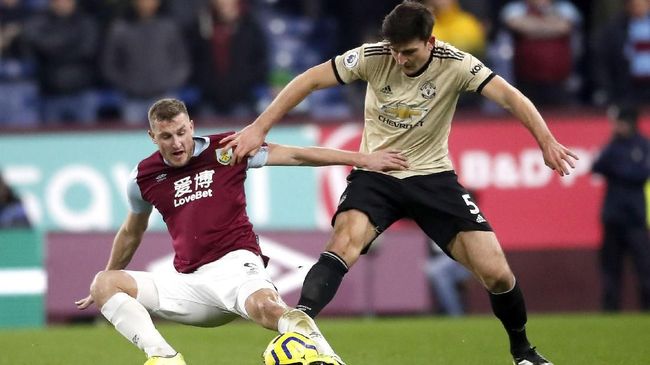 Man Utd managed to reap three points after beating their guests Burnley 3-1 in the Premier League, at Old Trafford, Friday (31/12).

Using a 4-4-2 formation even though they have not been able to reduce their full strength this time, Ralf Rangnick’s men have been pressing since the early minutes of the match. Goals were created starting at minute 8.

It started when Wan-Bissaka thrust a pass from the right which was met by Greenwood’s kick. Burnley defender blocks the ball. However, McTominay followed up a wild ball with a right-footed shot.

The ball nestled in the bottom right corner of Wayne Hennessey’s goal. 1-0 to the Red Devils.

The pressure from the hosts continued. Luka Shaw sends the ball from the left to Jadon Sancho. A right footed kick that is released from the left side of the opponent’s penalty box is blocked. However, the ball turned towards the goal when it met Ben Mee without being able to reach the goalkeeper. 2-0 Man Utd lead.

The hosts returned ahead 35 minutes after the free kick situation. Receiving the ball from Sancho, McTominay fired a right footed shot from outside the penalty box. Hennessey parried the ball that led to the top right corner.

Ronaldo immediately reacted to the wild ball by firing a right-footed shot into the center of the goal.

Missing three goals, Sean Dyche’s team did not want to give up. A three-minute break from Ronaldo’s goal, Aaron Lennon made De Gea’s goal vibrate. Starting from Jack Cork’s breakthrough ball behind the defense, Eric Bailly made a few blunders.

Lennon controlled the ball and released a right-footed shot that made the Spanish national team goalkeeper helpless. 3-1.

In the second half, attacks from both sides continued. Burnley seemed not afraid to serve the game to attack the Red Devils. Control of the ball was not too far away, 58 percent for Man Utd and 42 percent at the feet of the Burnley players.

Until the last minute no additional goals were created. A number of efforts, including from Ronaldo did not meet the target.

Manchester United is still in seventh place in the standings with 28 points. While Burnley are on the verge of relegation in 18th place with a collection of 11 points, the same as Newcastle United’s current achievement.