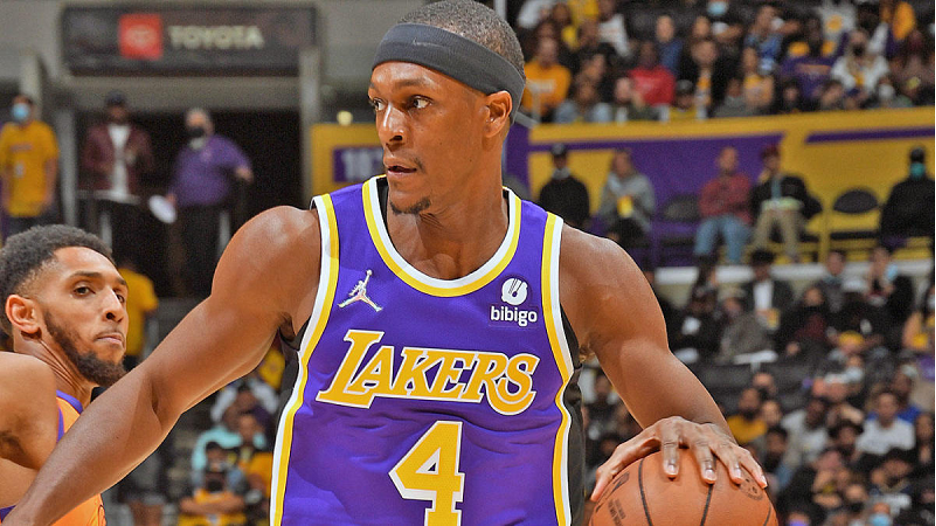 According to Adrian Wojnarowski of ESPN, the trade could be completed on Friday. However Rondo will have to follow a few measures related to the COVID-19 health protocol before joining his new team.

“The Cleveland Cavaliers are nearing a trade to acquire Los Angeles Lakers guard Rajon Rondo, and an agreement is expected to be reached as soon as Friday, sources tell ESPN. Rondo would be able to join Cleveland as soon as he clears Covid protocols.” Wojnarowski posted on Twitter.

Rondo signed a one-year deal to return to the Lakers on August 31, from Los Angeles Clippers. In 18 games this season with the Lakers, he averaged 3.1 points and 3.7 assists in 16.1 minutes of average playing time per game.

However, throughout his NBA career, Rondo has averaged 9.8 points, 4.6 rebounds and 8.0 assists per game.

The Cavaliers suffered a tough loss this week with Ricky Rubio’s injury ending his season. The Washington Wizards beat the Cavaliers 110-93 on Thursday night.

The team sits 20-14 and 5th in the Eastern Conference, and it’s hard not to think this may not be the end of their additions as they try to cement an unexpected playoff spot.

Rondo is projected to be the third point guard on the depth chart behind Westbrook and Kendrick Nunn.

However, his familiarity with LeBron James and Anthony Davis and his relationship with head coach Frank Vogel could see him receive more minutes throughout the course of the season.

“A lot of these guys are now teammates, I’m looking forward to putting everything in the past and putting it together for the greater good of the team and win a championship here,” Rondo said.