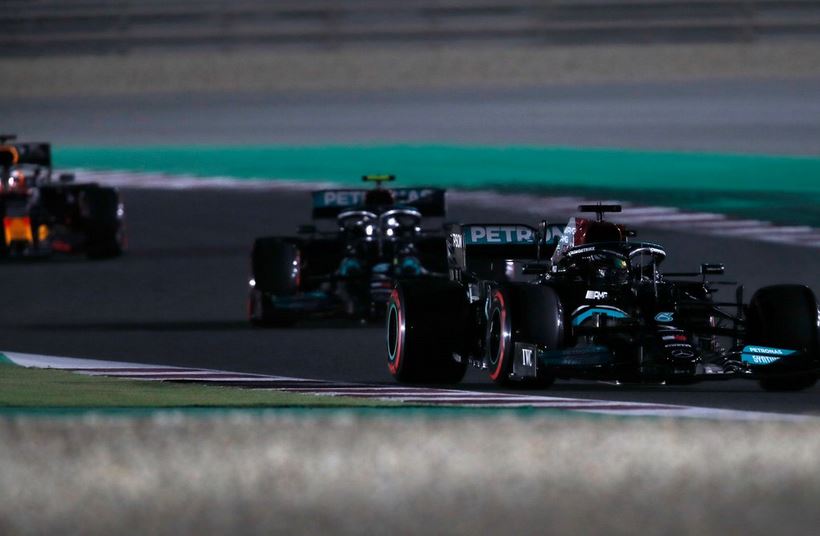 Red Bull believes that the its title rival team, Mercedes does not enjoy “abnormal” speed advantage on the straight run. The speed advantage of the team has been linked to its flexible rear wings in Formula 1.

The contention between the two teams have gone up this year because of a close fight over the season. Recently, Red Bull raised question over the flexibility of the Mercedes rear wing, which it believes is giving it an undue favor.

Red Bull claims are based on photos, which it believes shows score marks. However, Mercedes boss, Toto Wolff, believes that his team is abiding by the regulations. He claimed that the rival team has seen a “ghost” in photos.

At the end of Qatar Grand Prix, FIA initiated a fact finding inquiry to assess the flexibility of rear wing. It will also work on new regulations that could hamper the run-around.

Currently, there has been no regulations shift because of the concern raised over the Mercedes wings. However, the design has passed all the required tests by FIA and F1 inspections.

Read More: Masi insists F1 racing rules have been “made clear” to drivers

Nonetheless, title contender team this year has raised its concerns over the advantage the German team has recently acquired.

Christian Horner, RB team boss, said: “I think what we have seen in recent races is an abnormal straight line speed.

“I think Toto [Wolff] has been at pains to point out that there have been gains in straight line speed when nothing has changed.

“But it’s encouraging that this is the first race since prior to Silverstone we’ve been able to match their straight-line speed and an exponential increase in races.”

FIA tests will be conducted for the remainder of the season. Horner believes that this is a positive step for ensuring regulations enactment.

“I think that I am glad to see it is being well policed,” he said. “I’m confident that the tests that have been introduced should eradicate any ability to circumnavigate.”

Mercedes is not convinced that there has been some “ghost” which has made a difference between the two.

Wolff commented on Red Bull claims: “Have they shown some data or photographs about the straight line performance?

“It’s a track here that is less power-sensitive, and interestingly I think they’ve just done a good job: their straight-line speed with the big wing (high down force) is identical to ours. So yeah, I’m happy that they are happy.”