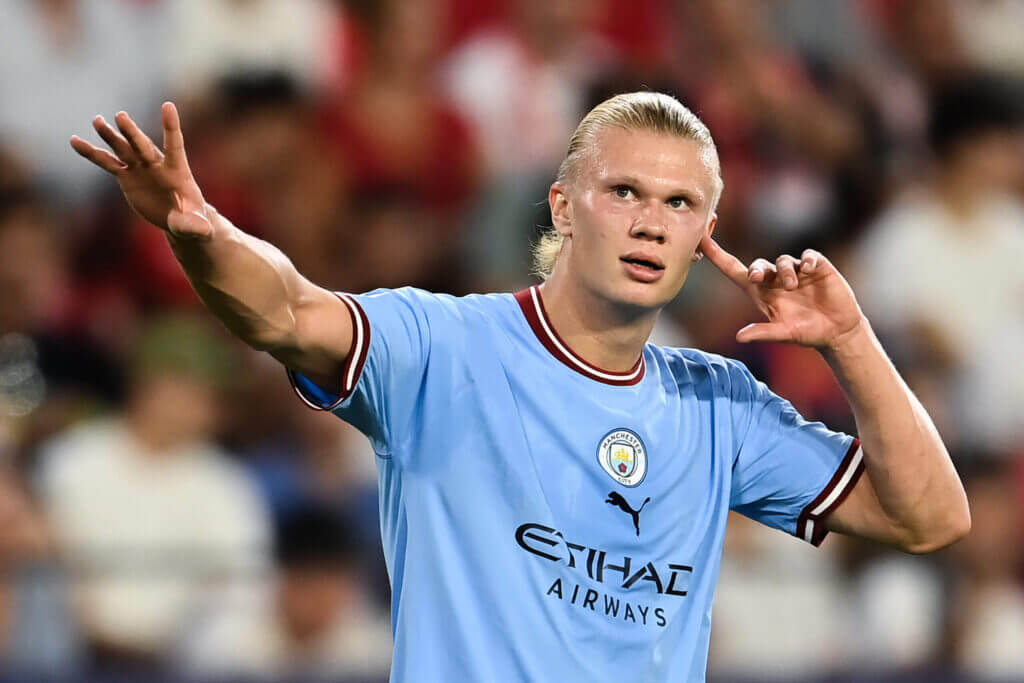 There is a possibility that Manchester City can only have Erling Haaland for two seasons. The explosive Norwegian striker is indeed contracted by The Citizens until the 2026-27 season, but Haaland has a release clause in his contract. That release clause, according to Spanish newspaper Marca, will be active in the summer of 2024 for £175 million. The value will drop to 150 million pounds for the following summer, if in the summer of 2024 Haaland is still cool in a sky blue uniform.

However, this clause only applies to clubs outside England. So, say Real Madrid, they are shelling out as much as £175 million in 2024 and like it or not, City will have to let go of the 22-year-old striker. Like it or not, although with a heavy heart.

“Gossip. Let them gossip. We are only worried about what we can control. I have the feeling that Erling is happy to be here. He has settled in and is very well liked by everyone,” said Guardiola, as quoted by The Mirror.

Presumably, Guardiola should update the information. Because, there is one more news source which also mentions Haaland’s release clause. The Athletic also wrote that there was indeed a release clause worth 200 million euros or 175 million pounds written in the 195 cm player’s contract.

Erling Haaland has a release clause that activates in the summer of 2024.
So, Marca was not hallucinating when releasing the news about Haaland’s release clause. Why doesn’t Guardiola believe the news from Marca? Because the media is usually very partial to Real Madrid. His office is also in the city of Madrid. As a result, Guardiola could have thought that it was a subterfuge for the giants of Madrid.

After all, Madrid is one of Haaland’s admirers. The club are also looking for a replacement for their aging striker, Karim Benzema. Benzema is now 34 years old. It will be very appropriate when Haaland arrives two years away from Madrid. At that time, Benzema was already 36 years old, although it was not clear whether he had retired at that time.

As already mentioned, the release clause only applies to applicants from outside England. If a Premier League club is interested in signing Haaland, they must first negotiate with City. One more thing, the release clause of 175 million pounds does not include bonuses, salaries or agent fees. Haaland’s current salary at City is 375 thousand pounds per week, or almost 6.4 billion rupiah.

If City don’t want to lose Haaland in two seasons time, then they can do one thing: Give Haaland a new contract before 2024. With the new contract, City could potentially eliminate the release clause. And, gone Manchester City’s nightmare. They’ll be able to own Haaland for much longer.