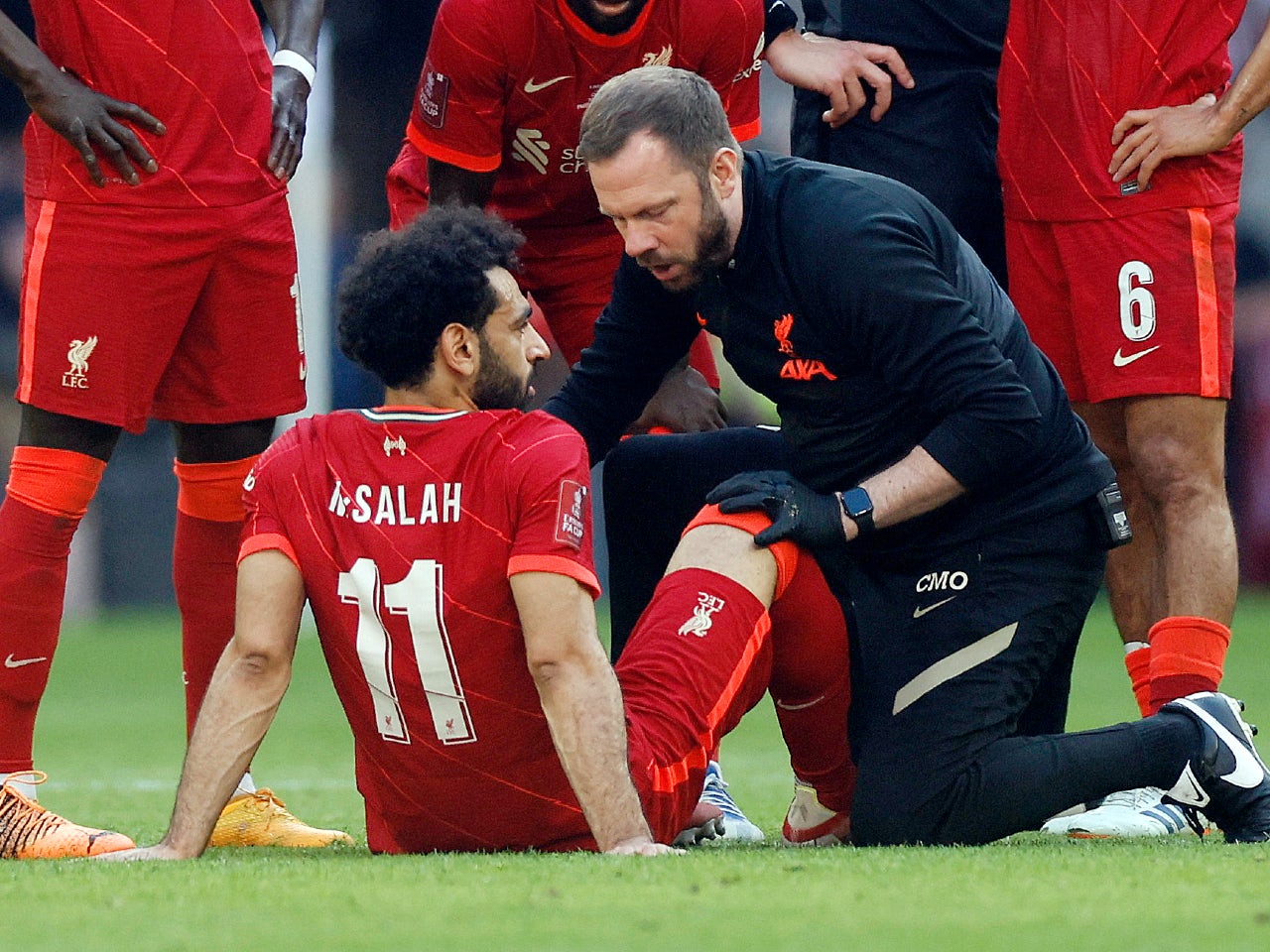 Mohamed Salah suffered an injury in the first half and this is bad news amid the excitement of Liverpool winning the FA Cup.

Liverpool won their second title this season with victory in the FA Cup. The Reds beat Chelsea on penalties which ended 6-5 after a goalless draw in 120 minutes.

But behind the excitement, Liverpool now have to be wary of Salah’s condition. The Egyptian star could not continue the match and had to leave in the 33rd minute.

Salah picked up an injury in the 31st minute and was pulled off by Jurgen Klopp shortly after. Salah had time to get treatment on the field before Liverpool finally decided Salah had to be withdrawn. Diogo Jota was then assigned to fill Salah’s position in the match.

A bit of relief, Salah was able to walk off the pitch so Liverpool supporters can hope the problem he is experiencing is not serious.

Salah’s condition will certainly be one of Liverpool’s concerns towards the end of this season. The Reds are still trying to catch Manchester City in the Premier League and face Real Madrid in the Champions League final on 28 May.

Before Mohamed Salah, Fabinho also suffered an injury and is now struggling to recover and appear in the Champions League final. Meanwhile, in the FA Cup final, Virgil van Dijk was withdrawn in extra time, although there has been no official statement behind the decision.

Liverpool are in a dilemma at the end of the season. They are trying to get four titles a season so they must continue to focus and fight in high-intensity matches, including the FA Cup final against Chelsea.

But in the end Liverpool had to face the risk of injury because of the tightness and severity of the game. This condition cannot be separated from the lack of rest time for Liverpool players who have been busy fighting in four competitions since January.

With two titles in hand, Liverpool is now still on the right track to realizing the dream of winning four titles in a season. The other two titles remaining are the Premier League and the Champions League.

In the Premier League, Liverpool have collected 86 points and are three points behind Manchester City with two games remaining.

Liverpool must expect Man City to slip in the remaining two games to be able to steal the chance to win the Premier League title.