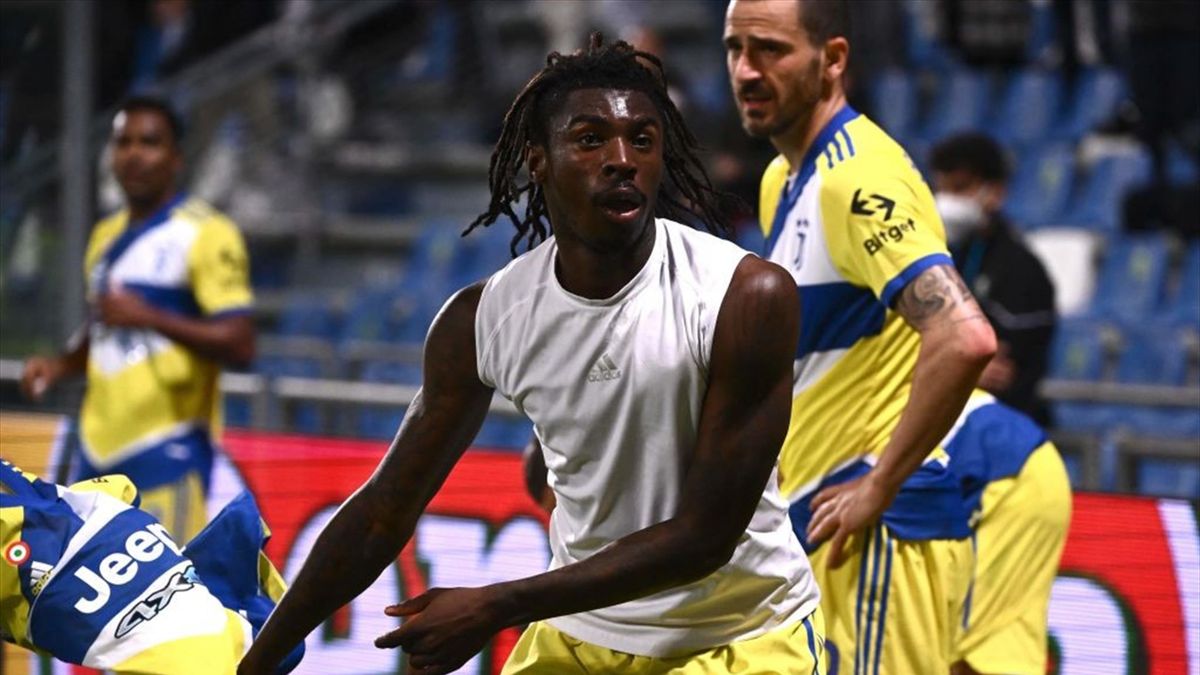 Continuation of the Italian Serie A, Juventus successfully won a dramatic victory at the headquarters of Sassuolo.

In the match which was held at the Mapei Stadium, Reggio Emilia, Monday (25/4/2022), Juventus were able to steal three points with a score of 1-2 over Sassuolo.

In this match, young Juventus striker Moise Kean emerged as a hero thanks to his late goal in the 85th minute.

Once the game started, Sassuolo tried to have the ball. They tried to close their defense meeting from a number of attacks launched by Juventus.

The hosts then had a chance in the 10th minute. Giacomo Raspadori pierced the Juventus defense and opened fire.

Unfortunately, his attack could be driven away by Juventus goalkeeper, Wojciech Szczesny.

The team nicknamed the Neroverdi can make Juventus experience difficulties. Opportunities then come back in the 17th minute.

Another attack given by Sassuolo. In the 33rd minute, they almost made a goal. It’s just that Gianluca Scamacca’s kick can be caught well by Szczesny.

Finally, Alessio Dionisi’s squad managed to take the lead in the 38th minute.

Giacomo Raspadori managed to score with a hard kick, following a backheel from Domenico Berardi.

However, Juventus can immediately reply. In the 45th minute, Paulo Dybala managed to score a goal with a hard left foot kick into a difficult corner. The first half ended equally strong, 1-1.

Once the second half began, Juventus tried to play aggressively. Opportunities then obtained in the 49th minute. However, Alvaro Morata’s header was secured by Sassuolo goalkeeper Andrea Consigli.

The bluntness of the Juventus attack made Massimiliano Allegri have to rack his brains. He also chose to withdraw his goalscorer, Dybala and replaced him with Dusan Vlahovic in the 55th minute.

Sassuolo then tried to counterattack. In the 66th minute, they also had a chance. Unfortunately, the opportunity for Giorgos Kyriakopoulos can be stopped by Szczesny.

Juventus continues to try to turn things around. Opportunities then came in the 73rd minute. Moise Kean was in front of the Sassuolo goal and fired off. However, his efforts can be stopped Consigli.

Finally Juventus managed to turn ahead in the 88th minute. Kean became the hero of the victory with his goal. He broke into the opponent’s goal through his kick. That goal also made Juventus win with a score of 2-1.