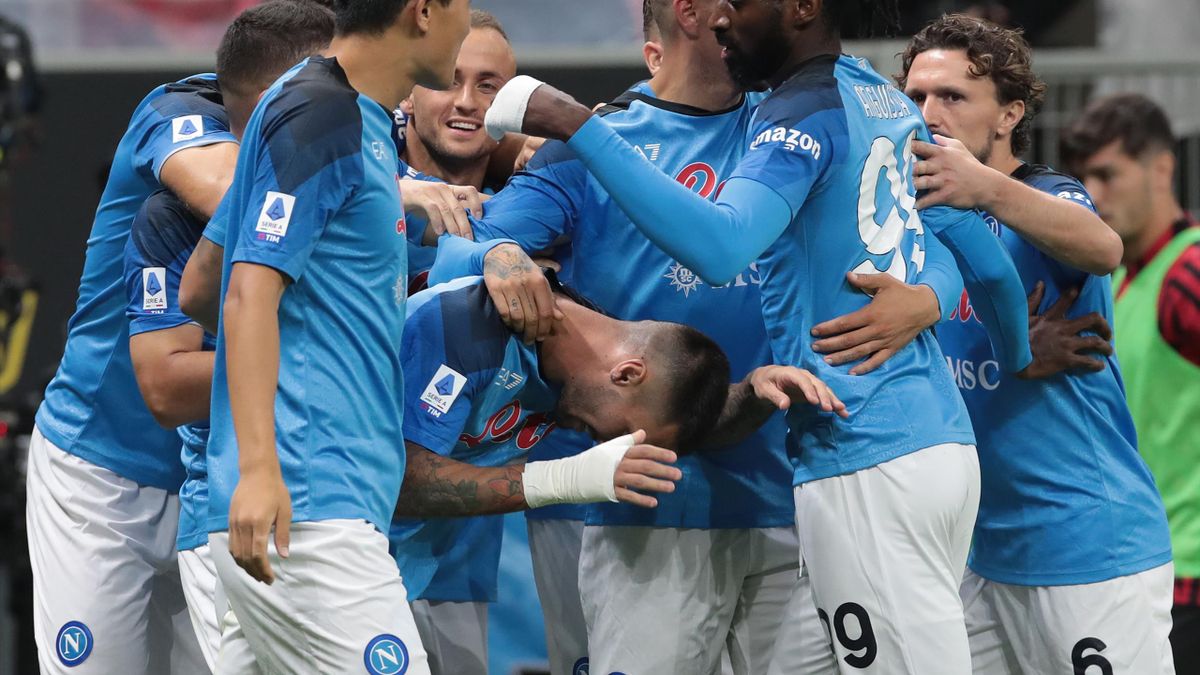 AC Milan, who was the defending champion of the Italian League last season, was surprisingly humiliated by Napoli.

In the continuation of the Serie A Italian League week 7, AC Milan had to admit the advantage of Napoli 1-2.

Olivier Giroud’s penalty goal was equalized by Matteo Politano. However, Napoli finally managed to secure the victory thanks to Giovanni Simeone’s goal.

Milan tried to appear aggressive since the beginning of the first half. Unfortunately, the opportunity that Giroud got could still be thwarted by Alex Meret and the ball just hit the bar.

A number of opportunities were created by both teams. However, no goals were born throughout the first half.

A goalless draw was also a temporary result at halftime.

Returning from the dressing room, Napoli were awarded a penalty in the 53rd minute after Khvicha Kvaratskhelia was fouled by Sergino Dest in the box.

Politano who became the executioner also successfully completed it into a goal.

As a result, Giroud succeeded in breaking into Meret’s goal, continuing Theo Hernandez’s assist in the 69th minute.

After Giroud’s golden opportunity failed to become a goal, Milan conceded again in the 78th minute.

A cross sent by Mario Rui was successfully headed by Simeone to beat Mike Maignan.

Milan tried hard to find an equalizer in the remaining matches. Unfortunately, their efforts were unsuccessful.

The score 2-1 for Napoli’s victory was the final result of this match.

Napoli are now firmly perched at the top of the standings with 17 points.

Meanwhile, Milan dropped to fifth place with 14 points after this match.

“Napoli scored four goals against Liverpool. We can’t think we won’t be bombarded with shots against them. They only recorded four shots on goal,” Pioli said at a press conference after the match, as quoted by Football Italia.

“We expected this to happen. They have three strong midfielders. They have strong wingers, we know their quality.”

“But, we also proved as a good team. Unfortunately, we were unlucky against Napoli at the San Siro,” added the Italian coach.

Pioli looks frustrated by the defeat, although AC Milan actually performed not bad against Napoli.

“I said it was our best performance, but we lost. So, we have to target to play better,” said Pioli.

“The fans are amazing. They know how to recognize what we give. To be honest, I realize I’m managing a great team.”

“I think we played better than Napoli, but we have to be angry and not happy because we didn’t win. We are Milan and we have to always play like this.”