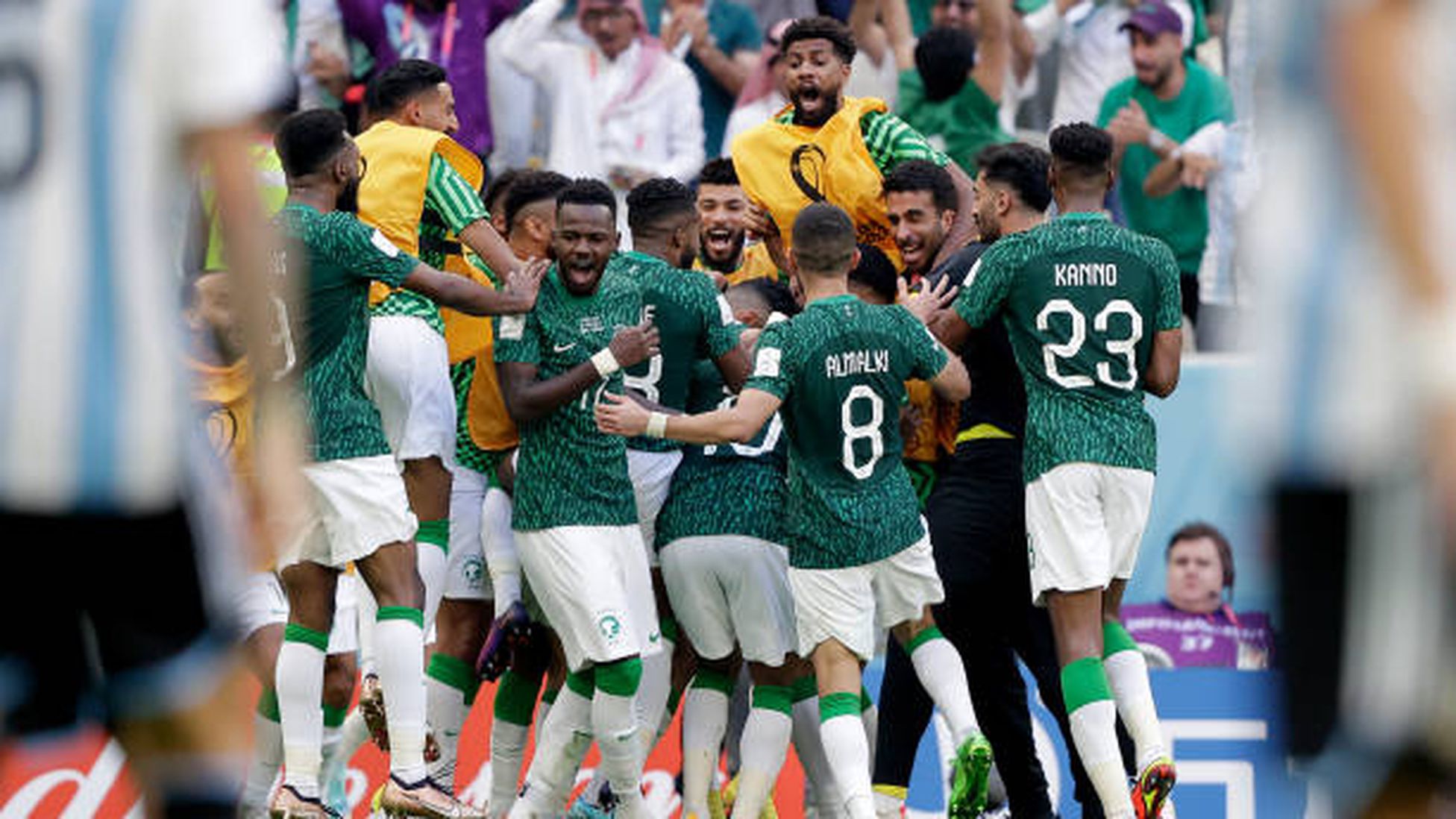 Shock! Argentina, which has a fantastic record of 36 matches without losing, had to lose against Saudi Arabia.

Argentina, who had taken the lead first through Lionel Messi’s penalty, surprisingly had to admit Saudi Arabia’s superiority with a 2-1 comeback.

The Argentina vs Saudi Arabia match was presented in the first Group C match at the Lusail Stadium, Qatar.

Saudi Arabia’s win over Argentina was one of the biggest shocks in World Cup history.

When the team that is considered the weakest in its group actually overthrows one of the strongest favorites for the current world champion.

Saudi Arabia also succeeded in removing the curse of always losing the first match in the World Cup finals.

Coming from behind Lionel Messi’s penalty goal in the first half, Saudi Arabia rose in the second half.

Saudi Arabia’s goals were scored by Saleh Alshehri and Salem Aldawsari, quoted by SportReviews from the FIFA website.

Even Argentina made 15 goal attempts, six of which were on target.

But the Saudis appeared more clinical in taking advantage of far fewer opportunities.

In the first half, Argentina took the initiative by threatening Messi’s shot which was pushed over by Saudi Arabia goalkeeper Mohammed Al Owais.

The Albiceleste squad took the lead after receiving a penalty when Ali Al Bulayhi violated Leandro Paredes in the forbidden Saudi Arabia box.

Lionel Messi advanced as an executioner and successfully carried out his duties.

Messi managed to kick the ball into the bottom right of the Saudi Arabia goal so that the score changed to 1-0 in the 10th minute.

Argentina had scored a second goal through Lautaro Martinez, but it was disallowed by VAR because the Inter Milan striker had already been offside.

At halftime, Saudi Arabia immediately stepped on the gas by trying to equalize until then in the 48th minute.

This goal was created by Saleh Al Shehri who took advantage of Feras Al Brikan’s bait to equalize the score at 1-1.

The Saudis were even more eager to find a second goal and it was then created in the 53rd minute through Salem Al Dawasari’s powerful kick.

Argentina tried to equalize and continued to pound the defense of Saudi Arabia.

However, the discipline of The Green Falcon’s last line thwarted the efforts of Lionel Scaloni’s squad.

But colleagues, but Al Owais’ brilliant performance countered this effort.

Remaining time of the second half, Argentina continued to pound the defense of Saudi Arabia.

However, until the long whistle sounded the score was 2-1 for the victory of Herve Renard’s squad still holding on.

Argentina was challenged by Mexico on the same day.

Saudi Arabia could create another shock if they can cause Poland and Mexico another big problem.

In other matches, Poland and Mexico had to settle for sharing 0-0.