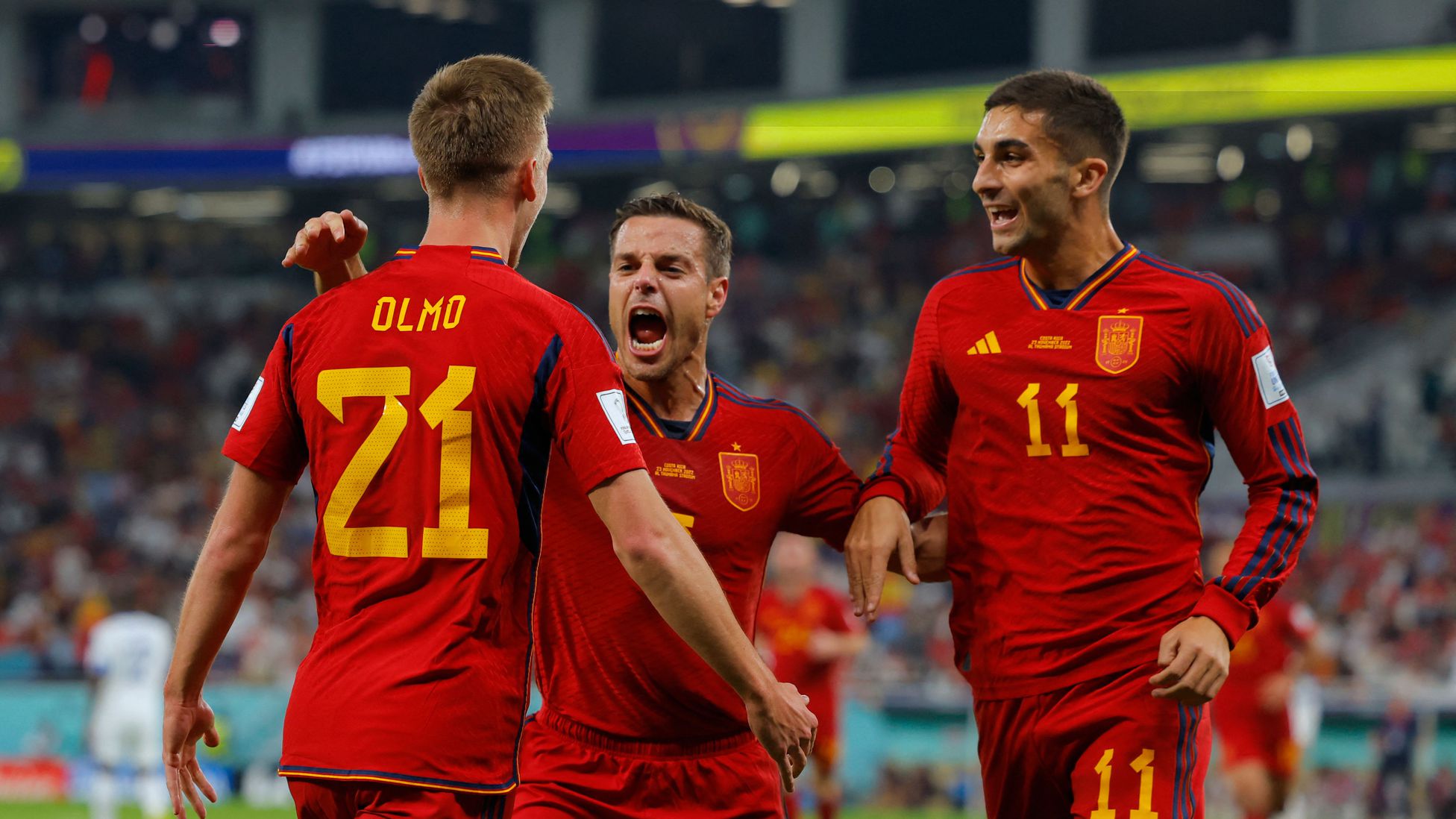 The El Matador squad, aka Spain, celebrated goal in their opening match at the Qatar 2022 World Cup.

Spain succeeded in destroying Costa Rica with a landslide score of 7-0.

The Spain vs Costa Rica match, which is part of Group E, was held at the Al Thumama Stadium, Qatar, Wednesday.

In this article, SportReviews will review a summary of the match between Spain vs Costa Rica which is summarized from various sources.

In that match Spain appeared dominant by recording 82 percent of ball possession.

Spain also released 17 kicks, 8 of which were on target.

On the other hand, Costa Rica could not wait on the game from Spain.

Costa Rica was completely unable to release a shot against Spain which was guarded by Unai Simon.

Spain took the initiative to attack in the first half and immediately took the lead when striker Dani Olmo was able to beat Keylor Navas’ Costa Rica goal in the 11th minute.

In the 31st minute Spain were awarded a penalty after Alba was fouled by Costa Rica defender Oscar Duarte.

Ferran Torres, who advanced as the executioner, successfully carried out his duties so that the score changed to 3-0.

In the second half, Spain remained superior and Ferran Torres scored his second goal in this match.

So the score changed to 4-0 for the superiority of Luis Enrique’s team.

In the 74th minute Spain was further away from Costa Rica.

Carlos Soler added the lead for Spain in the 90th minute after his powerful shot inside the box ripped through Navas’ net.

Spain closed their goal feast against Costa Rica in the second half extra time.

Alvaro Morata scored from Dani Olmo’s pass so the match ended 7-0 in favor of La Roja.

Thanks to this victory, Spain is firmly at the top of the 2022 World Cup Group E standings with a score of 3 points.

Meanwhile, Costa Rica is in the bottom position with zero points.

Furthermore, Spain will undergo a tough party against Germany on Monday (28/11).

Meanwhile, Costa Rica will be challenged by Japan the day before.

Costa Rica must be vigilant, because Japan was surprisingly able to win over Germany with a score of 2-1.